The first thing that hit me in Subiaco was the smell. A nice smell, mind you. Exotic spices, comforting sizzling sauces and a rich compote of sublime foodie aromas.

Just $2.50 on a single ticket and three stops from Perth, leafy Subiaco is like a country town compared to the big city, and it’s a great place to while away a morning with its array of boutique-style shops and various restaurants.

It’s famed now for its Oval – the Subiaco Oval, that’s just been renamed Patersons Stadium (at least for the next four years) – Perth’s biggest Australian Rules Football Complex which is home to the West Coast Eagles.

But once upon a time it was the home place of the Nyungah Aboriginal people and then later, in 1851, a group of Benedictine monks settled in the area and established an abbey naming it New Subiaco. The name was in commemoration of their founder who originated from Subiaco, a mountain town near Rome in Italy. It was here that Saint Benedict founded the Benedictine order and compiled the rules of monastic life.

It wasn’t until 1886 that the first houses were built in Subiaco and once the railway line opened European settlers moved into the area encouraged by the fact that land was cheaper than in Perth.

In the 1890’s Subiaco’s population increased dramatically due to the gold rush in Kalgoorlie and in 1897 it became a municipality before being proclaimed the City of Subiaco in 1852.

Now you might not be all that interested in all of this, but you might be interested in taking a stroll down the historical streets, dipping into a sophisticated boutique or two and perhaps having a browse around the antique but interesting independent bookshop.

Then in between a food-filled jaunt of the eateries, contemplate some goodly thoughts in places where once monks’ hallowed feet softly trod.

What have you been up to in Subiaco recently?

boutiquesperthrestaurantsSubiacowhat to do in Subiaco 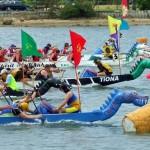 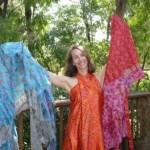 Bring and Buy in Bunbury