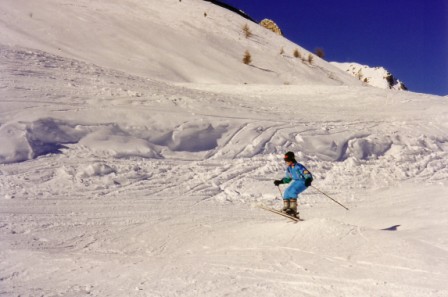 Fancy skiing? Apparently it’s snowing in the mountains near Melbourne.

How’s the weather with you?

Here the wind is howling, and we are stuck in a West Australian winter rut. I can see the tall Tuart trees bending this way and that, rain is sleeting against the window, the sky is a grizzly grey and I’m wrapped up in a warm fleece.

It’s so cold that I’m thinking of snow.

Winter in Western Australia begins in June, and us ‘sand gropers’ as we’re fondly known, will need to baton down the hatches until spring arrives on September 1st.

Summers in WA are gorgeous. Hot sunny days on tap (from about December to April) and weekends can be spent outside, walking, swimming, boating or just chilling on the beach. Bliss.

In the cold damp winter I often start thinking about travel – generally I yearn for the tropics; Bali or the Philippines, and Queensland definitely.

Today though my thoughts have done an about turn and deep in my winter rut I’m thinking wouldn’t it be nice to go somewhere really cold, where there’s not just wind and rain, but where there’s that white stuff – you know SNOW 🙂

Yes we do get some snow in West Australia. Deep down south in the Stirling Ranges you’ll find it occasionally right at the top on the peaks when the temperatures drop sufficiently, although I don’t think there’s ever enough to actually ski on.

I’ve been lucky to go skiing in Europe a few times. France and Italy were lovely. Now I live in Australia, I’d love to hit the slopes again but for that I’d need to head over to Victoria.

Wide slopes, a variety of terrain, a vibrant village with bars, restaurants, nightclubs and a choice of ski-in, ski-out accommodation.

Sounds alright to me.

The official Victorian Ski Report  says the snow depth right now is 31cm and the last snow was a few days ago when there was a big dump of fresh snow across the snowfields. They say a strong cold front is carrying a cloud bank and it won’t take long to fall as snow at most ski resorts across Victoria which augers well  for all you skiers out there.

I’m thinking very much of the soft, white, crisp stuff.

Funny really. Snow isn’t the sort of thing you immediately connect to Australia. Are some of you a little taken aback that skiing is a winter past-time in the Antipodes?

Don’t take my words for it thought. Check out the facts and figures, ski packages and some Mt Buller accommodation and see for yourself.

Extensive lift system and 3 terrain parks for all ski levels

And the ski season is from June – October (weather permitting)

Mount Buller is a 3 hour drive from Melbourne. 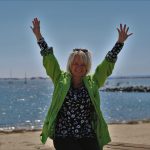 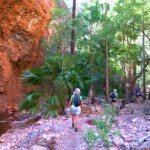