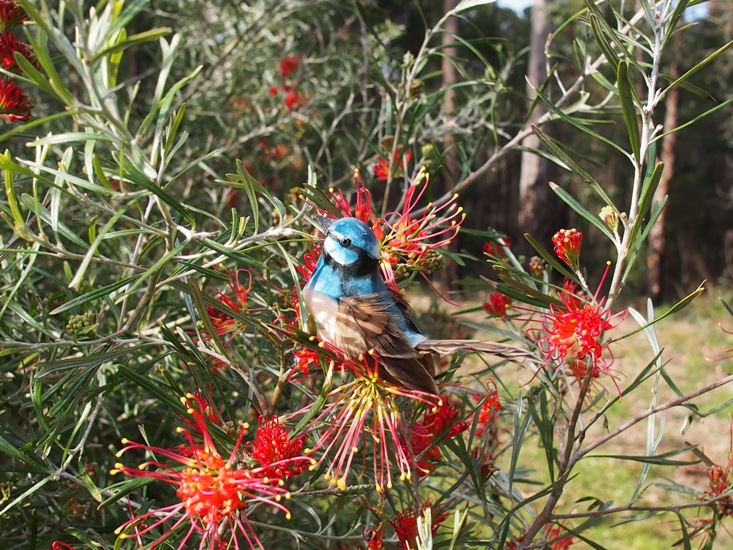 Wanda Sadowski is an avid bicyclist and together with her husband Mark she trailblazes around the highways, byways and adventurous back-routes of South West Australia. Today she takes us to Pemberton in a guest post which marks the second article in a three part series about this lovely south west town set deep in the heart of the Southern Forests.

Local Knowledge is Key to Enjoying and Surviving

Some cycling trips are destined to be epic adventures.  Our most recent trip was certainly shaping up that way.  Plans were in place for three days of cycling on the Munda Biddi Trail (80 kms a day), combined with two to three nights of accommodation (B & B and forest floor), alongside eight other cyclists.  However, as the start day approached, dire weather dissuaded almost everyone. 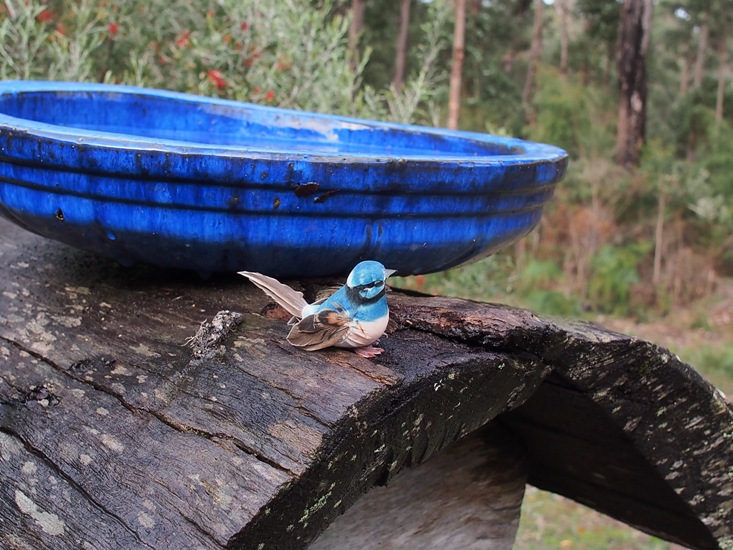 Husband Mark and I were determined to salvage something from the plans we had already put in place.  Thus, we set off on a Friday afternoon and drove south in the direction of the Splendid Wren Bed and Breakfast.  We had condensed our adventure into one night of comfortable accommodation and one day of cycling, weather permitting.

En route, we stopped as we always do, at Taste of Balingup for a snack and had a wander around the other charming shops in this quaint town. 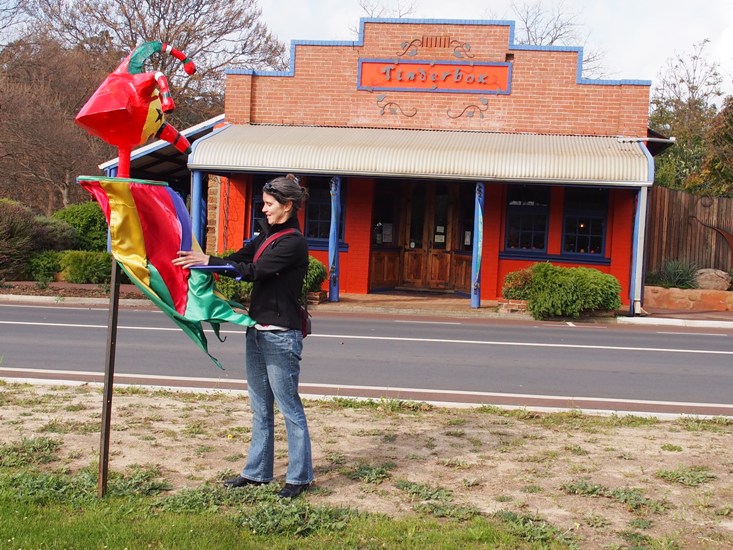 How easy it is to gravitate to what we know and like, and to lose sight of how rewarding it can be to stray from one’s usual path. 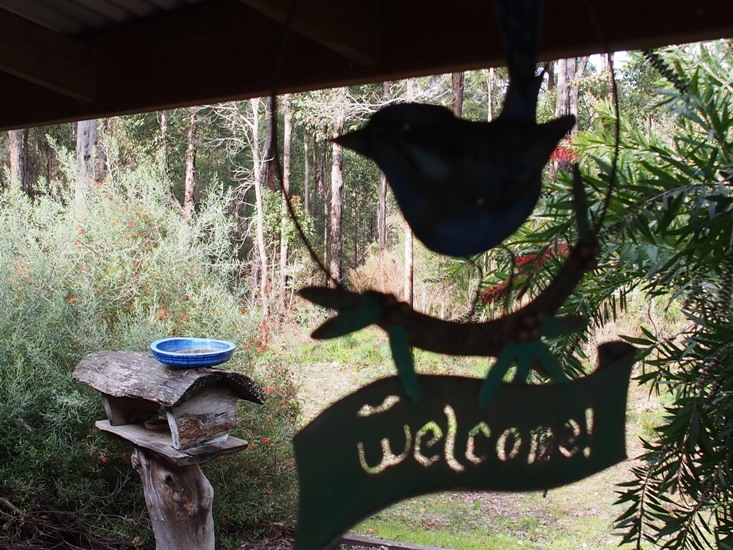 We then continued our drive south and checked in at the Splendid Wren.  This was where we diverged from our usual path, and sought shelter instead of bedding down on the forest floor.

Hostess Tracy was chock full of useful information and encouraged us to try the Indian at Sadie’s at The Gloucester Hotel.  We had never heard of either, and in fact we had never eaten anywhere off Pemberton’s main street.  We did take Tracy up on her suggestion, and ventured off the beaten track in search of Sadie’s.  Ellis Street was dark but we spotted the welcoming lights in the distance.  Low and behold, there are folks who really know how to cook Indian food toiling away in the back streets of Pemberton.  Sadie’s was fabulous.

We had the curries recommended by Tracy which were wondrous.  The service and atmosphere were warm and friendly.  When it came time for dessert, I asked the waiter if the cheesecake was baked or not.  He wasn’t sure.  He went off to the kitchen to check, but not with a scowl and a sulk.  He left our table with a smile and a twinkle in his eye.  At that point, I decided that I was going to have the cheesecake no matter what it was!

Following a peaceful night at the Splendid Wren, and a delicious breakfast served up by Tracy, we spent some time deliberating on whether or not to head out on the Munda Biddi.  It was warm, but reports were that the weather was closing in.  We decided to forge ahead and purchased plastic ponchos from the Pemberton Discovery Shop.  Our ambitious plan – so said the Discovery Shop lady – was to ride the 40-odd kilometers to Northcliffe and back again.

We set off from Pemberton on sections of the Munda Biddi that we had never ridden before.  The rain held off, the temperature was pleasant, but the wind was picking up.  By the time we had cycled about 30 kilometers, we were still keen to make it to Northcliffe.

We had just made that decision when Waldo and Hein (who were part of original but aspiring group of ten cyclists) emerged from the bush on their way back to Pemberton.  They were pushing their bicycles around a massive tree that had just fallen across the trail. 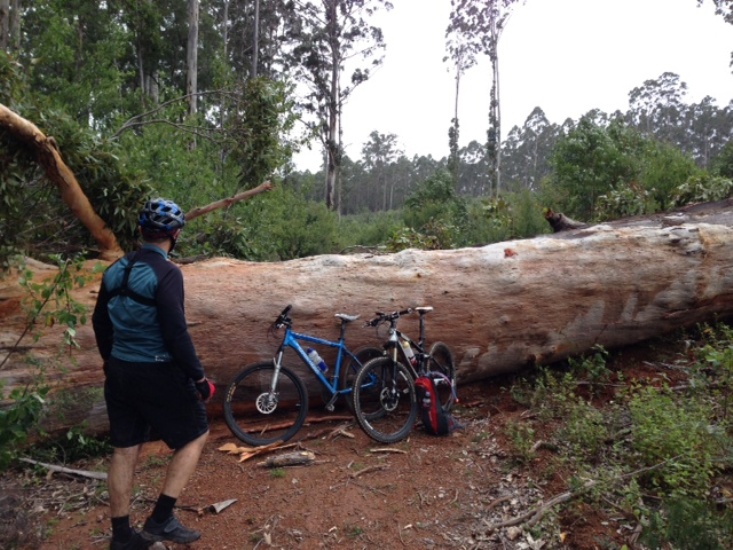 The wind was escalating, and it was all feeling a little ominous.  The four of us were deliberating when a helpful local emerged from his property to offer passage across his land if we wanted to continue.  After some discussion, he made it clear that he wouldn’t be cycling in the current conditions.

Accepting his advice, we turned around and joined Waldo and Hein to head back to Pemberton.  Our group of four soon split up with Mark and I having a little more speed on our double (tandem).  But, we soon came across massive trees that had blown over in the wind and was blocking the trail. 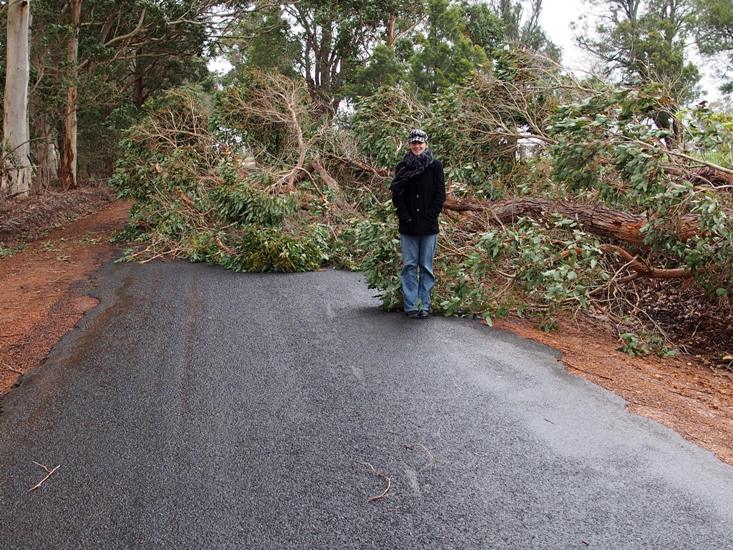 This necessitated scampering over and around the fallen obstacles.  At one point, we were cycling up a hill when we heard the cracking of bark and saw trees swaying so fiercely that they looked like they were falling toward us.  It was terrifying!  Coming from Canada, I have always had a great fondness for the forest.  This experience was another story entirely.  The two trees never did fall, but we were overcome by an urgency to get out of the forest.  The final few kilometers were spent discussing disaster preparedness, and formulating a plan to avoid being taken out by a falling tree.

Back at the parking lot, we were relieved to find that our vehicle had not been squashed.  Driving out of Pemberton over Pump Hill there were more obstacles, but this time we weren’t encountering them on our bicycle.

After a familiar and comfortable start to our trip at Taste of Balingup, local knowledge led us to wondrous curries of Sadie’s, and probably saved a whole lot of drama by encouraging us to abort our trip at the first fallen tree en route to Northcliffe.

Our trip was a gentle ‘note to self’ to listen closely to the locals.  They often do know what’s best.

Wanda Ariano has three passions in life:  Her husband Mark, riding a collection of tandem bicycles with her husband Mark, and coordinating an inclusive arts mentorship program called Art Partners. You can read more ‘unforgettable stories that will make your heart sing’ on the Art Partners Blog.  Wanda and Mark are the subject of the tinsey winsey ABC Open video It Takes Two to Tandem.

10 Things to do in Pemberton

What local advice has saved you from disaster on a road trip or adventure? Why not tell us in the comments? 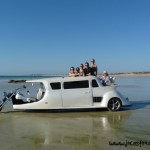 A trike, a staircase and a silvery moon in Broome, Western Australia