Getting the most from a writers festival.

The morning light of this late February morning is dappled and cool. Crows, rainbow lorikeets and corellas screech in the tall trees. Down below the University of Western Australia campus The Swan River snakes like a blue magic ribbon. It’s peppered with kayaks and circumferenced by bright flashes of lurex that are bike riders masquerading as tropical creatures on wheels.

Yes, it’s a busy weekend morning in Perth.  But I’m at the Perth Writer’s festival in quieter and more hallowed surroundings. The Festival is an annual event when writers, readers and the glitterati of the literati get together. There are a series of seminars and panel discussions as well as interviews, unplugged music and literary readings.

I feel though that it mostly attracts people ‘of a certain age’ and although I’m not against this, because I am one of them, it feels as if the younger generation are not equally represented. Are they not as interested in the process of creating books as the oldies?

Or perhaps they are too busy creating them?

I noticed grey hair, prescription glasses and sensible shoes. I imagine there were members of various West Australian book clubs, and wannabe writers in long swirly dresses, oh and yes, a few hooped earrings too.

Each year I love being filled with the idea of longevity and continuity that an old building and a university impart. It is so different to the impermanence of the historical weatherboard houses around the state, which although characterful always look to me as if they were not built to last, and that perhaps settlement there was never meant to be forever. At UWA you get  feeling that the buildings have withstood the ravages of ages, and will be here long after we are gone.

Now I’m in the Dolphin Theatre, and I feel like a young undergraduate eager and thirsty for knowledge. Around me is a sea of twinsets, and neat bob hair styles, and I think Specsaver (probably two for the price of one)  prescription glasses,  just like me.

Kate Grenville  talks in a soft, deep voice about her heritage and ancestors, and her latest novel, The Secret River, about the first settlers in Sydney. There is uneasy talk about historical aboriginal slayings and the impact they have had.

Later, Stephen Scourfield, Travel Editor at The West Australian Newspaper  talks not only about his latest novel, As The River Runs, but also his love and addiction for the Kimberley. He knows what it’s like to have red dust running through his veins.

Druscilla Modjeska,  discusses her work in Papau New Guinea, along with her arrival in the country in 1968 as a newly married 20 year old, and she moves on to talking about the ‘strong women’ she meets today, especially the young environmentalists who are campaigning to reduce logging and big mining in the country.

Zoe Foster, Graeme Simsion and Benjamin Law make comedy writing look easy as they discuss writing on the lighter side of life, while John Freeman, James Bradley and Geordie Williamson share their thoughts on critical thinking and the role of the reviewer in today’s society.

Yes, the festival offers more than just book discussions, it’s a time to discover new horizons and big ideas along with stuff to make you think.

The day wears on, and I feel wrapped in a soft warm blanket, both from the increasing heat of the day but also because of the heartwarming literary conversations, and the playfulness of some sessions.

Robert Dessaix and Michelle de Kretser have a converstaional tango, and joust as they discuss travel, tourism, life and work. Yes there is some waspishness too and the theatre erupts into spasms of giggles on a number of occasions. Robert’s timing and sangfroid are beguiling, his chatter compelling and just a little bit gossipy. He likes to ‘josh’ he tells us and that means to have a little conversational fun.

And the conversational fun is like a good dose of vitamins for a writer. A writer needs the writing well to be filled and it’s all too easy to sit at home, in a darkened garret type office with only the tap of the keyboard for physical companionship as the words come and go and empty your stores.

The Perth Writers Festival is inspiring and you get to think and hear words being spoken again in a way that the internet and social media can never provide,

I emerge from the lecture theatre for coffee and another walk around the tantalising books for sale in a hall. On one side there are ‘Meet the Author Book Signing’ sessions while outside people are eating ice creams, reading weekend editions of The West newspaper and relaxing on wicker chairs at ‘Writers Central’ the open-sided, tented area designated for R & R close to tall shady trees. A peacock squawks and suddenly I’m taken back to my days in India. The imagination has, I realise, been stimulated. Perfect for a writer!

Back to the hotel

The taxi driver who drove me  back from the festival in rush hour traffic was not happy.

“This traffic is killing me. The State Premier wants this new waterfront extension. Gah, they are just throwing money at things, and look at this. Look at it!”

I looked at it. Gridlocked traffic and a long queue  at each traffic robot. I watched the meter clock up $30 in the short trip back from UWA to Adelaide Terrace, and I was appalled. What would I tell my hubby, Dave – that a $15 route had cost $30, when first of all I had anticipated catching a bus but gone off the idea because it was raining!

As the meter hit $30, I said. “Enough, I have to get out now.” But the weather was wet and squally,  and the kindly taxi driver turned the meter off.

“Don’t worry. I’ll take you the rest of the journey no charge. And I’ll apologise on behalf of the Premier,” he said.

How lovely of him, I thought, and how unnecessary, but if I’d been a tourist from another country, what a fantastic entry to Australia such a gesture would have been.

Then he continued with his views of this new, soon to be tourism hotspot  saying that he didn’t believe that anyone would use it because we don’t get enough tourists visiting Perth, and that it would be a waste of money.

Is this the working voice of Perth I wondered, because later on a bus driver also became agitated about the gridlocked traffic and began a rant about the development. Or is all this talk regressive, reactive, and anti-progress. For if Perth doesn’t progress, surely it will remain a sleepy backwater, that tourists will have no reason to visit?

The weekend around the Writers Festival

Last night the heat wave broke in a hissy fit of cold rain and wind. We skedaddled along St George’s Terrace to The Terrace Lounge where a jazz band was playing and we sat under big sunshine yellow, Verve Cliquot brolleys with a good glass of red and a cool glass of white wine.

The building inside was full of discreet elegance all decorum and old polished floorboards, with an air of the 1930’s art deco. Enormous paintings, high ceilings and glittering chandeliers added to its charisma. The menu was expensive I though, no main meal under $30, and our wine $12 a glass.

On a trip to the ladies I noticed the basins – very fancy indeed – a flush of chrome and bronze colour. In the loos though the toilet paper was secured by one of those nasty retainers that only lets you grab one square at a time. Don’t you hate that?

The previous night we had a fabulous Indian meal at Nine Mary’s a CBD restaurant in Milligan Street, opposite the lovely lines of the old Melbourne Hotel.  We enjoyed  a fine meal, authentic tasting Indian food; king prawns, pakoras, and tasty nibbles that I couldn’t remember the name of after a few glasses of wine.  The place was busy, but the service was slow, and Dave’s first glass of wine had a nose of strongly flavoured, cheap perfume and had to be returned.

The waitress in a mini skirt up to her ears (Yes, I am showing my age) was hardly conciliatory.

“Well, it’s probably not my perfume because the only fragrance that I and the other waitresses wear is eau de kitchen.”

A clever retort and we had to smile, but not the response we’d have liked to be dealt along with a complimentary glass of wine perhaps.

Afterwards, we walked back to the hotel, a leisurely half an hour stroll through streets now busy with night time revelers, and hints of the underbelly of Perth gurgling and readying itself for a big rumble. We saw little cameos of scenes that thirty years ago might have drawn us in, but now our interest has waned and no longer does a bar loud and furry with music look appealing.

But a Writers Festival certainly does look appealing. And I knew that I would be back the next day for more.

There were loads of interesting international authors speaking at the festival too, but of course I had a special pull towards the West Australian ones. In the next post on ZigaZag I’m highlighting  6 West Australian Authors you just have to read.

In the meantime, why not let on … who are your favourite Australian authors? 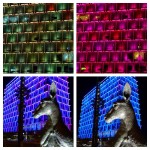 Have you been to Perth recently? You might get a surprise when you do. 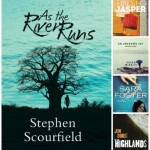 5 Western Australian Authors you just Have To Read