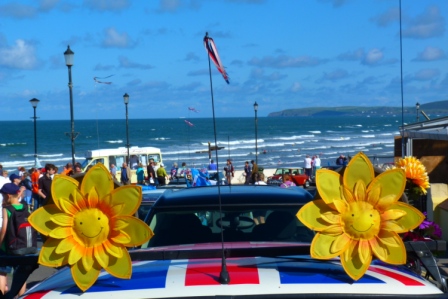 
I love the sound of a marching band. Bagpipes and big bass drums beating into the open air often sonorous, sometimes uplifting, always inspiring like the prelude to a day filled with promise. 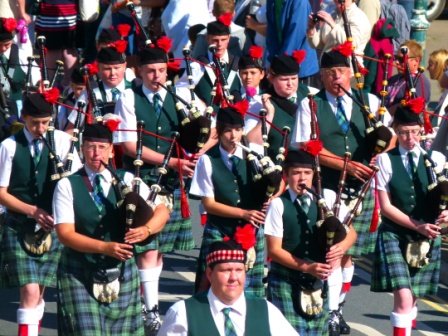 UK Bank Holiday Sunday in August was one of those days crammed with promise and expectation when over 240 brightly coloured minis invaded North Devon for their annual holiday weekend ‘mini run’ in aid of the Children’s Hospice South West. 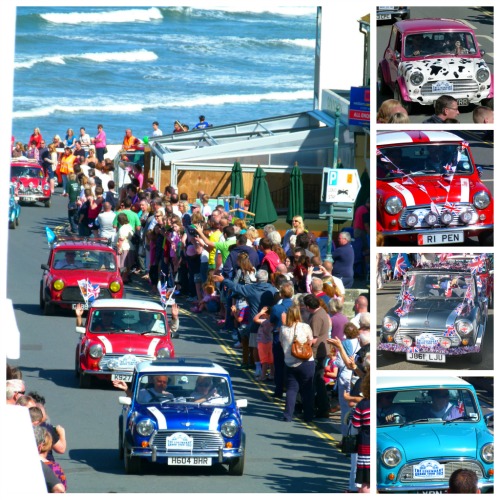 I didn’t expect such a riot of colour . It was like an explosion on an artist’s pallette, and the promise of raising money from the event resulted in twenty thousand English Pounds for the hospice. Although I wasn’t actually in one of the minis, I enjoyed walking amongst them, little jewels that they seemed, all parked along the promenade at Westward Ho before they set off around North Devon in a convoy that allegedly stretched for up to an estimated eight miles long.

It was a fair summer’s day in a season of little sunny weather. The white horses of the Atlantic Ocean rolled towards Pebble Ridge, across the wide stretch of Westward Ho’s beach and provided a cinematographic back-drop. Horns of all descriptions tooted, marshalls collected money and the brisk air was bright with unexpected sunshine. 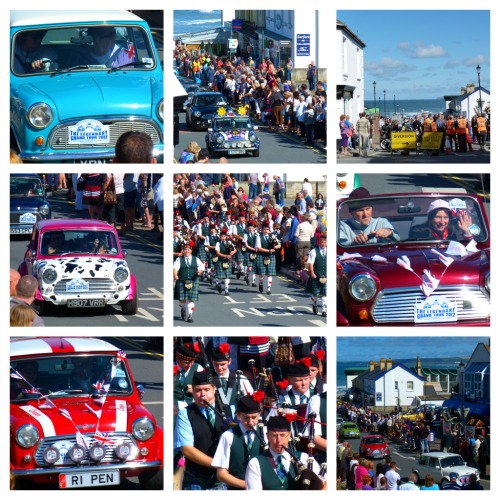 If you’ve never been to North Devon though, it’s well worth a visit. Granted, if you have sunny weather it’s so much more pleasant because the best pursuits are definitely the outdoors-ey ones, many to do with the beach. 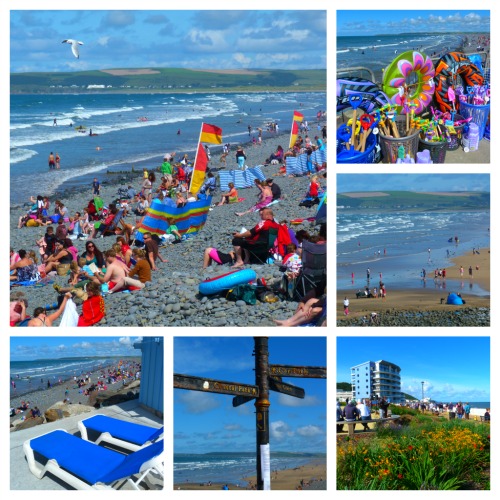 Take Westward Ho for instance, a Victorian coastal resort best known for its long sandy beach banded by a huge pebble ridge – oh and and for being named after the swashbuckling novel,  Westward Ho! written by Charles Kingsley. Then there’s the south West Coast Path from which you’ll have great views across the Taw and Torridge estuary towards Saunton and Northam Burrows Country park, and if you’re of hardy nature, then the area is great for surfing, canoeing, kitesurfing and para-karting. 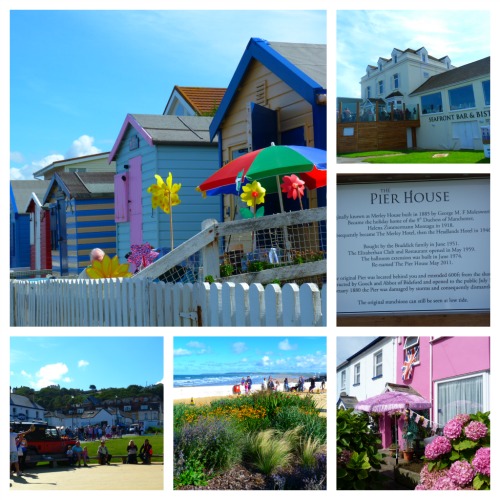 I love walking along the clifftop paths along Kipling Tors, the backdrop to the village, which were named after writer Rudyard Kipling who spent time at Westward Ho during his childhood. Many’s the time I’ve wandered with our old cocker spaniel along the sea front, past the gaily painted beach huts, along the coastal path by Haunted House perhaps eventually turning back down to The Royal North Devon Golf Club, the oldest course in England (1864) situated on the Northam Burrows where it is possible to be hindered more by sheep than bunkers.

Ah, yes, Westward Ho was once my home, and its memory lingers like a sweet fragrance each time I leave.

6 Top Things to do in North Devon

Go surfing or take active teens to one of the best beach breaks in the country at Croyde.

Beach walk – Saunton beach is over three miles long and sheltered from the headland and Westward Ho is a great walk when the tide is out.

Enjoy a coastal or deep sea fishing trip from Ilfracombe

Hire a bike and cycle the Tarka Trail through landscape immortalised by Henry Williamson in his novel Tarka the Otter. 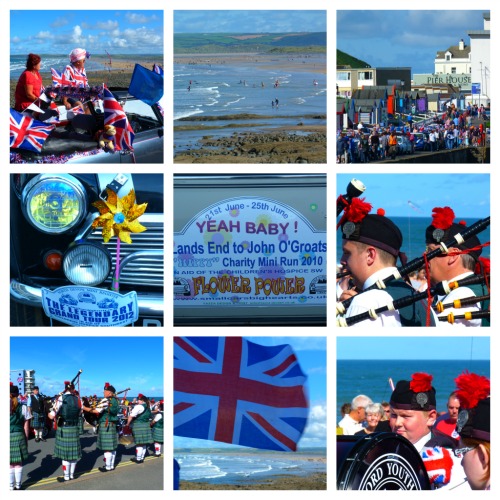 Have you enjoyed this post? Have you been to Devon? Or would you like to know more about England’s green West Country,  it’s hidden lanes and pirate past? Please let me know below in the comments section 🙂

This post is linked to Travel Photo Thursday at Budget Travelers Sandbox. 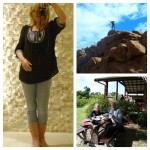 What to pack for a weekend away. 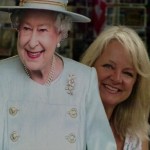 What do women want in a blog?