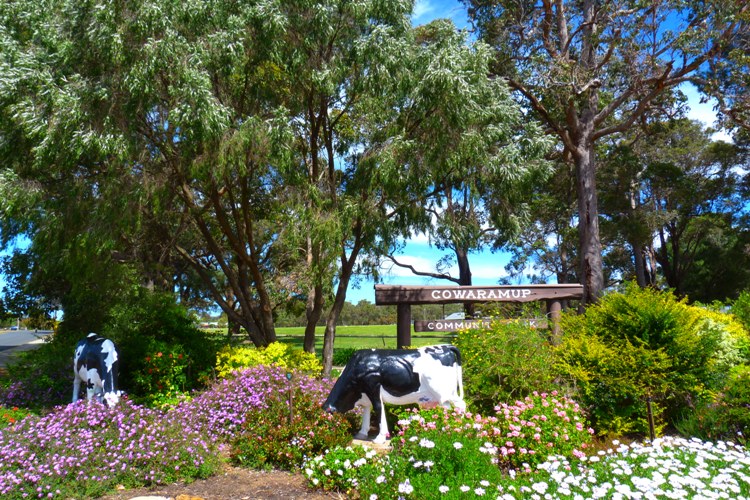 The weather was lovely in SWA over the weekend. Although it was chilly in the mornings (we even had a smattering of frost) it was sunny, blue skie’d and and warmish during the days.

To make the most of this unseasonally fine weather we began to think of things to do around Margaret River, and decided to head with some friends and our bikes to Cowaramup. 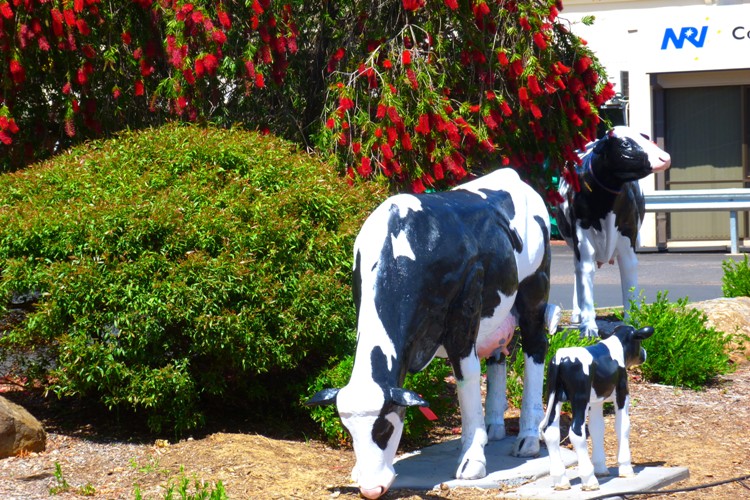 “Where?” I hear you asking?”What a funny name”

It is, and everyone seems to pronounce it differently too.

The locals just call it “Cowtown”

But it’s actually pronounced “Kuh-wara-mup” – and it means “place of the Cowara bird” in Aboriginal language.

It’s a tiny town about 10 kilometres north of Margaret River with a bovine theme – kids will enjoy spotting the herd of life-size Fresian cows (fibreglass models) dotted around the streets and the play park – look out for Molly Moo Cow. 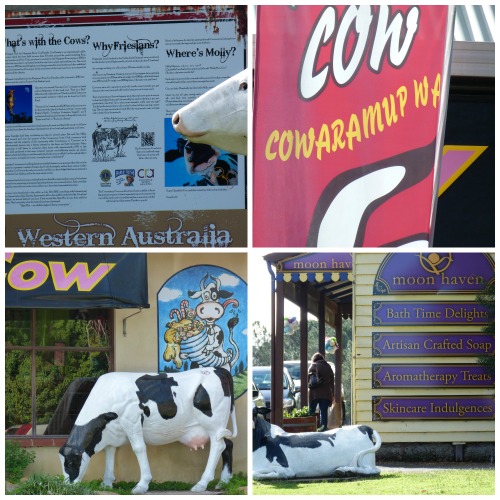 If you look at the names of the shops you’ll be left in no doubt that this area really is given over to cattle and agriculture, and the whole theme gives the place a fun and quirky atmosphere. Around Cowaramup you’ll find some fantastic wineries and food experiences and the town has a couple of gift stores and gourmet food producer,s and it’s renowned for … yep, you’re right! It’s dairy industry.

It’s also got a sense of humour. As one of our friend’s said when he went looking for a public toilet.

“You wouldn’t get away with this sign in a small town in England! The council would have a fit!” He laughed. We all laughed at the sign! What do you think? 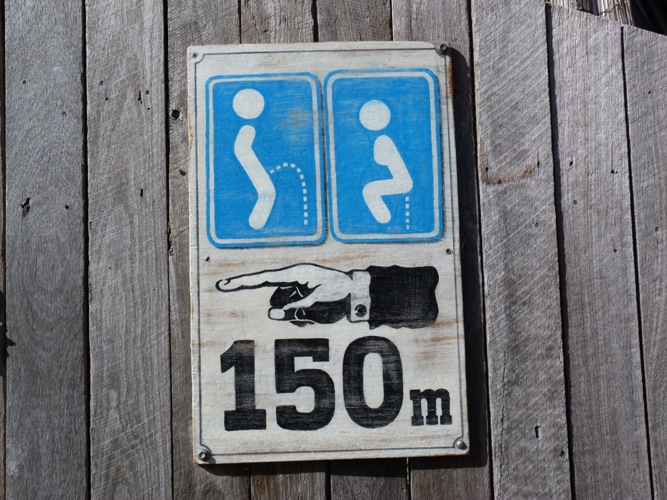 Cowaramup, however you pronounce it, was once a stop on the Busselton to Augusta railway, which doesn’t operate anymore. The last train chugged along the track in 1957 but the track has now become part of the “Rails to Trails” cycle and walk track. 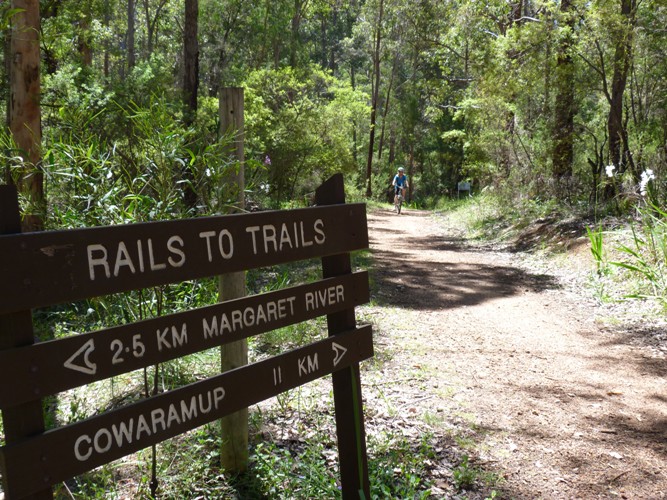 And that is where we were bound on Saturday morning.

From Cowaramup it’s a gentle glide downish to Margaret River 13.5 kilometres away, along a shady track, and breakfast at the Margaret River Bakery is a wonderful thing to look forward to. Coming back it’s slightly up hill so you need a good dose of strong coffee and bacon and eggs to fortify you for the homeward run.

How to get to Cowaramup

You’ll find Cowaramup on the Bussell Highway, about 12km north of  Margaret River (or 3o minutes from Busselton). The hamlet of Gracetown and the beach is situated approximately 10km west of  Cowaramup on Cowaramup Bay Road – a road  you’ll find on the right hand side, just south of the town.

Top 10 Things to do around Margaret River and in Cowaramup 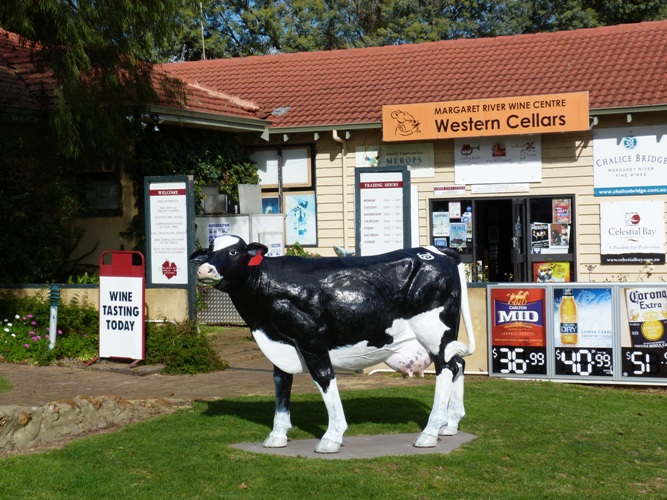 There’s parking right outside. You can also try wines from small local wineries which don’t have a cellar door. 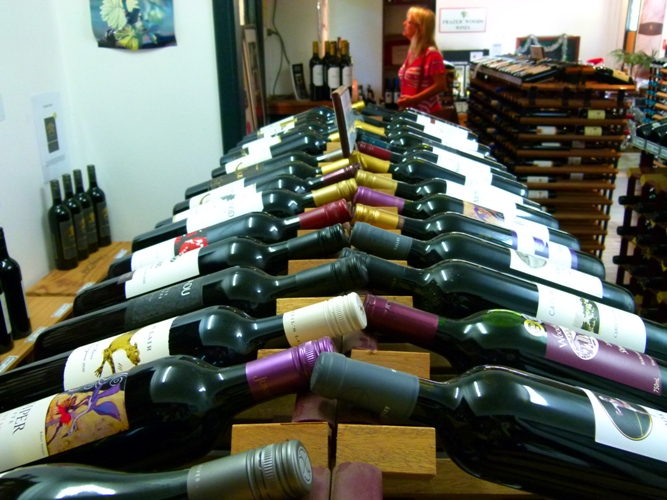 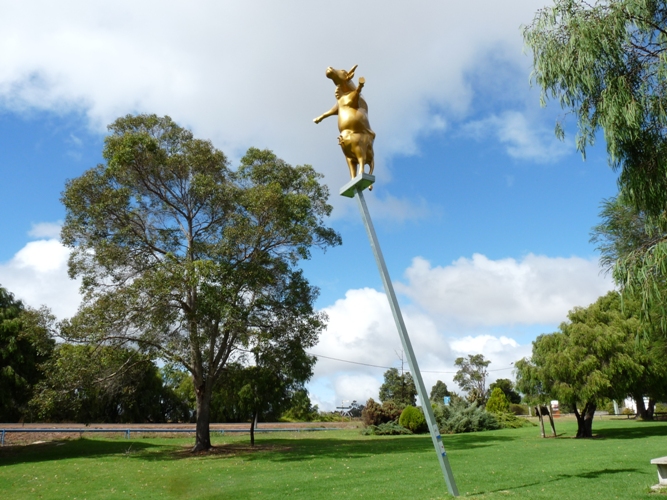 It’s  a local artist’s humorous take on Laurance Wine’s “Chick on a Stick’ which you can’t miss if you’re travelling along Caves Road because it soars majestically over the Laurance lake. 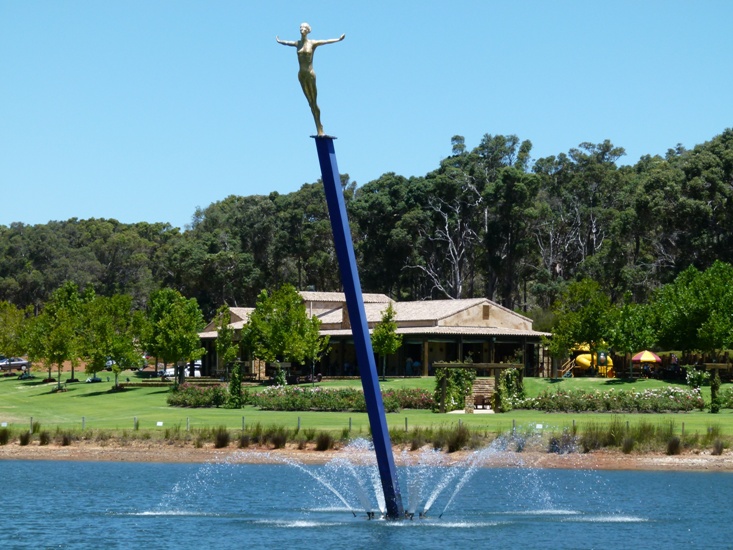 Fancy visiting Cowaramup? What would you like to see or do? 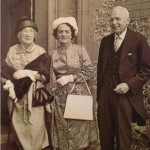 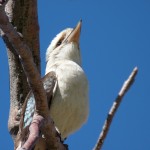 Life in Perth and First Impressions of Western Australia