Once upon a time, on a warm night in Summertime magic was at work. For it was the night it snowed in Perth.

We joined flocks of people (about 30,000 in all) walking along  Adelaide Terrace towards Council House and St George’s Cathedral where haunting music filled the air as if calling us to gather.  We were heading for the Place des Anges, or Angels’ Square, created by French aerial acrobats from Les Studios de Cirque, where we were about to witness a blizzard of feathers. 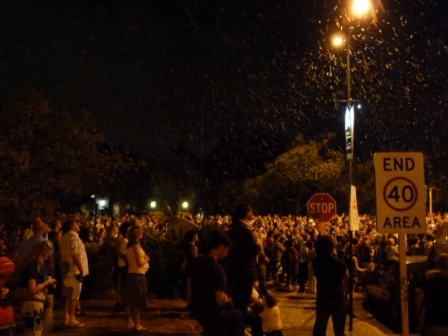 At  8pm all eyes turned to the heavens to watch flocks of angels as they flew above us in the opening weekend spectacle to the Perth Arts Festival 2012. 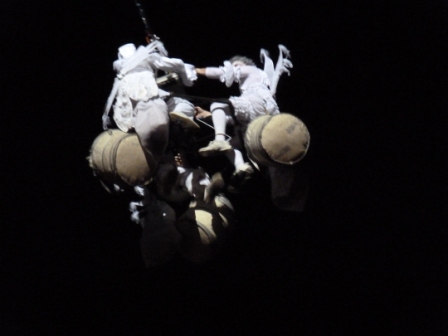 Soon it appeared as if snow was beginning to fall, but the warmth of the February night did not deceive and as the silvery speckles of down tickled our noses we knew that it could not be snow, but that it was a snowstorm of feathers. Millions of them.

A roving light display highlighted the performers as they zipped along eight cables that crisscrossed between the office towers, some lines as high as  235m. 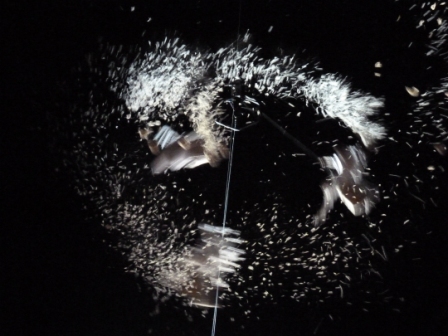 As the show progressed every woman, man and child watching the spectacle appeared rapt, their eyes on the sky as we were invited to enter a wonderland of music and angels and feathers. Lots and lots of feathers. We were trapped in a blizzard and mesmerised by it. 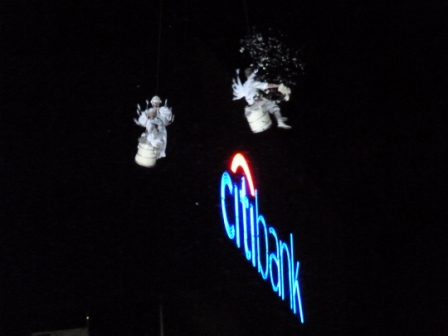 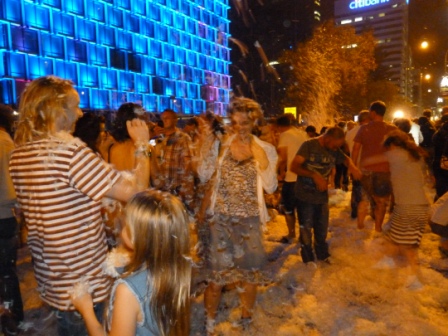 Created by Stephane Girard and Ana Rache de Andrade, along with the late Pierrot Bidon, Place des Anges is the second of a trilogy of stories about angels coming to earth. The show tells the story of Angels returning to earth every 500 years and having a big party. 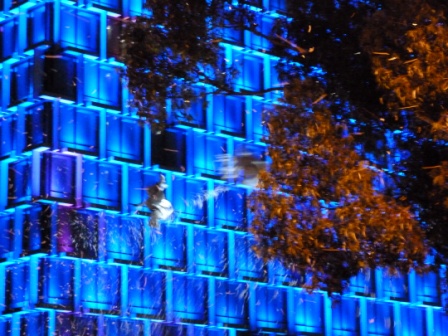 It was an acrobatic ballet featuring aerial artistes using climbing ropes, highwires and aerial trapezes. Angels dangled  in the air, twisting, spinning, scattering and shedding baskets and suitcases containing millions of feathers, that settled at our feet and were also blown  by the slight breeze all around the city. 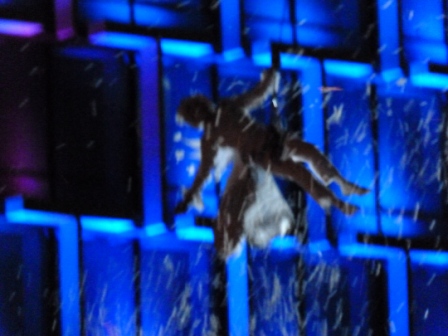 Angels looped, hung upside down and frolicked white winged and silver plumed, magical, high in the coal black sky until they had disbersed nearly two tonnes of feathers. Finally the Perth city skyline was a swirling snow scene and on the ground we were knee deep in down. 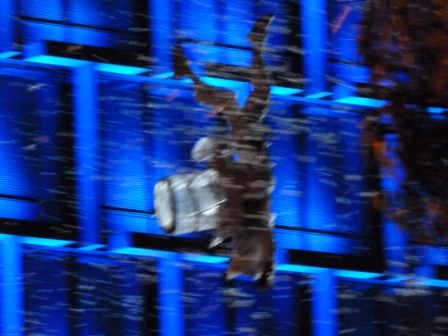 We sniffed, we sneezed (althought the natural biodegradable feathers were hypoallergenic) and the pure magic of it all brought tears to my eyes. I felt as if I was a child again, believing in angels, fairies, magic and a cosmos of goodness and light. 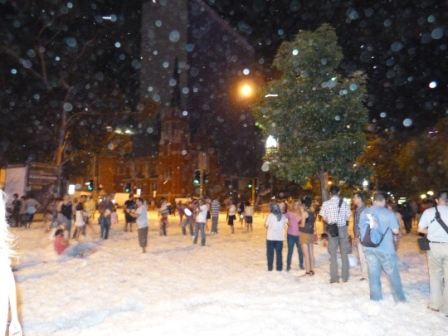 What was lovely was that Art with a capital “A” was brought to the people, who stood outside in the streets instead of having to book tickets and get to a theatre. It was free. It was fabulous. It was a surreal, magical night when the humdrum, the routine, the work and responsibility of our everyday lives melted from our thoughts as we re-found the child in each us. 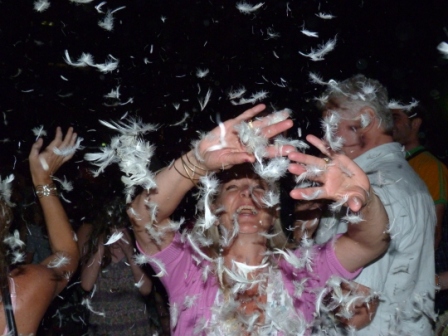 The show was short, just 30 minutes of otherworldliness, but it was something that will stay with me for the rest of my life. 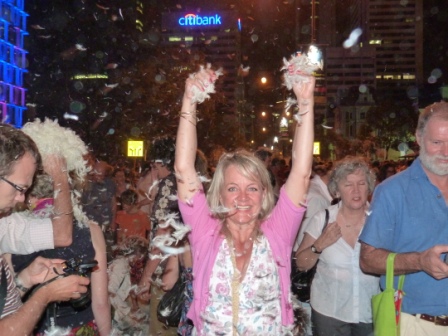 Dreams took flight that night in Perth, streets were festooned, children lay in the feathers and played snow angels, and many a hotel room will be covered in remnant feathers for a while to come.

It was a show that had to be seen to be believed, and it was a triumph for the opening of Perth’s 60th art festival. 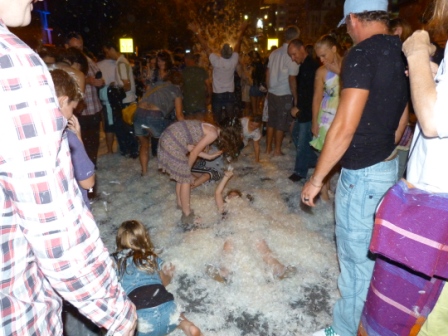 When I returned home, I opened my handbag  and a stray feather flew out, as if to remind me of a dream.

Then I remembered, that the dream was true, and the magic was still alive. Because I had after all, gotten to play with the angels. 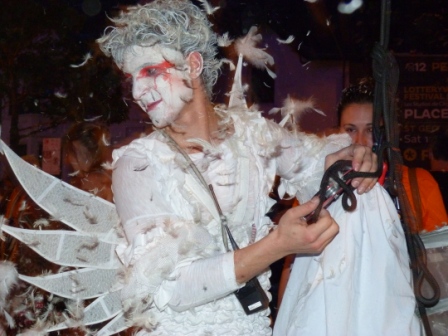 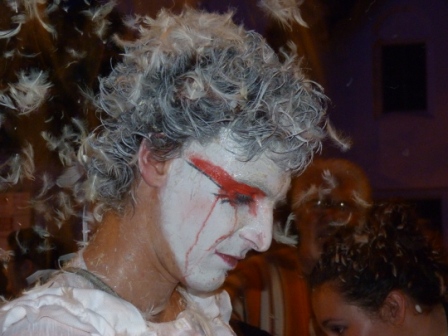 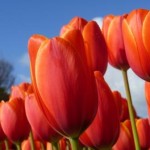 Top Things to do and Places to see in Western Australia 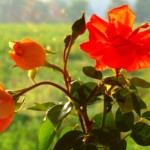 Where were YOU on Valentine’s Day?