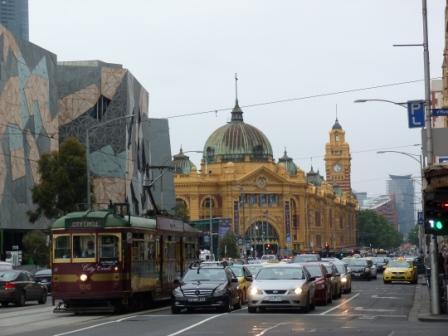 I’m sitting on the white sheets of a bed in the Formule 1 Hotel on Elizabeth Street in Melbourne eating passion fruit yoghurt out of the tub, using the plastic lid which I’ve fashioned with nail clippers into a spatula/spoon – of sorts.

The trouble is I should be at a glamorous pre-conference event networking with a whole lot of bloggers.

Instead, I have yoghurt on my blouse, across the face of my prescription glasses and all down three fingers which I don’t want to lick because I haven’t washed my hands all day. I am so so glad that none of those other glamorous 280 bloggers I’m going to meet tomorrow are here.

The thing is, it had been a long trip on an airplane that doesn’t serve food and I was starving when I arrived in Melbourne. It was 9.00pm before I had checked in at the hotel and then quickly departed again after a  quick tweet to Mr ProBlogger himself who revealed that there were still some peeps partying on at the pre-event venue, apparently ‘settling in for the night.’

OhMiGoodness. I haven’t settled in for the night at a bar for at least 15 years. Almost before stretch marks and eye bags and droopy boobs that are settling in around my navel instead of a bar. So I did an about turn and headed straight back into the Hotel room to put on some ‘slap’ as if it would form an armour of courage to face not only the city streets alone at night (I am after all from the deepest, darkest South West corner of Australia),  but also to face those sure-to-be drop-dead-gorgeous, partying bloggers.

I found the venue, Campari, up a cute alleyway in Hardware Lane, and decided that Melbourne was a super cool place, almost too fridged-up for me, because the joint was bursting at the seams on several levels, spilling out with young people who were all incredibly good looking, vibrant and boisterously good fun. The roof top was Very Loud and Very Busy to an old fart like me.

Who were the other bloggers I wondered?  What does a blogger look like? Should I work the room, one person at a time, asking: “Are you a blogger” and stick my ear in their face to hear their reply?  Crikey! What would they think – “Is this silly old goat being insulting?”

A very nice young man called me “Love”, he was probably about half my age and looked a little like my son. I flicked my mind’s eye through my Twitter follower profile photos. Was he one of them I wondered? And did I perhaps follow him?  Someone else said, “Sorry darling,” as he bumped past me on the stairs. In a wave of vanity I’d whipped my glasses off, so I couldn’t be sure exactly … but he did look kind of familiar.

Dinosaur, country bumpkin, mutton pretending to be lamb. Pick one. They all felt appropriate, and I was Very Hungry.

Seeing as I had been up since 5am and Melbourne was three hours ahead of Western Australia, I decided to give the night scene the big heave ho and head back to the safety of white sheets and a pot of yoghurt which I bought at a 24 hour, 7/11 along the way, not thinking to buy a plastic spoon as well.

Which brings me back to wiping sticky passionfruit goo off my Specsaver glasses.

Next year I’m going to do much better!

Please tell me you’ve ‘been there’ or ‘done that’ sort of thing? 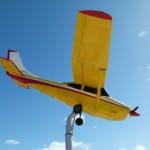 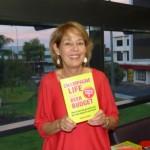 How to live a champagne life on a beer budget