Call me long in the tooth, call me Humbug,  but there are certain things that tick me off these days and one of them is paying good money for mediocre food in restaurants that offer bad service.

Western Australia is getting a bad rap for its prices (restaurant and accommodation) and sometimes I think rightly so, because we don’t necessarily get ‘better’ food or ‘bigger’ portions or ‘more sophisticated’ surroundings because we pay more. So often, we just pay more.

The other day was a point in case.

I don’t normally whinge about WA because I love it so much. But some things have to be said.

We drove to a small country town near Bunbury to have lunch at a restaurant we haven’t been to before, and it was there that we put the finger on some of the reasons why going out to dine can be a let down.

Nobody to greet you at the door

At the restaurant door nobody greeted us – although there was a sign to wait to be seated. The restaurant was 75% empty. Another customer said, “If you want to order you need to go into the bar.” The bar, which was completely separate next door, looked busy and people were queuing to get to it.

As we stood by the restaurant front desk and perused a menu which looked reasonably pricey, we wondered what the service might be like. The Wait Staff who popped in to ring up sales kept their eyes diverted before going back to the bar, so we hovered trying to catch their attention. Still nobody spoke to us, welcomed us or explained what we needed to do in order to get served.

Rob Broadfield, The West Australian’s food editor nailed it when he said: “The most important part of a restaurant review is the first 30 seconds when you walk in the door. That 30 seconds is make or break for a restaurant because it’s the way they greet you, the way they pilot you to your seat, the way they give you that first drink of water, the way they put down the menu. Then, you know, it’s food, it’s timing, knowledge about the menu, knowledge about the wine, not having to go, I’ll ask the kitchen’ when you’ve got a simple question like ‘where does the prosciutto come from?” (West Weekend 13.04.2013) .

So we left because this was a  bad start and that’s a shame, for the restaurant has a history and a unique ambience that you won’t find in a city restaurant.

Then we started to consider where to go nearby instead. Many of the choices we came up with were met with a rejoinder – “Nah, too expensive,” or “Nah, the service will probably be crap.” And we looked at each other and shook our heads.  One of us said, “If it wasn’t too late we’d  be better off heading to a wine farm restaurant in Margaret River“, because although you’ll pay a high price for it,  you’re almost guaranteed good service, great produce and innovative menus.

In the end though, all was not lost, and after some deliberation we headed into Bunbury and to L’Amour de La Femme, where the prices are certainly not cheap, but the food, the service and the surroundings deliver on promise.

We were greeted enthusiastically and ushered to a table. The wine we had ordered was not in stock and the waitress suggested something similar that she recommended, which turned out to be excellent and a great recommendation.

The music was loud and edgy, so as it was now quite late in the day for lunch and most people were finishing up, the music was changed to something more dulcet. The food was superb the produce tasted fresh, and yes, Mr Broadfield you would like this restaurant, because like Jamie’s in Perth, complimentary bread was served with our first drink.

What to look for as you walk into a restaurant

I’m beginning to trust my instincts and judge restaurants from the moment I walk in. Is there a buzz, is there a greeting, do the staff look engaged? If not, as Mr Broadfield says, perhaps it’s best to turn round and walk straight out because life’s too short and money’s hard to come by. 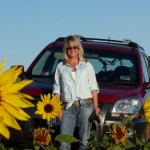 12 Reasons you should travel around Western Australia