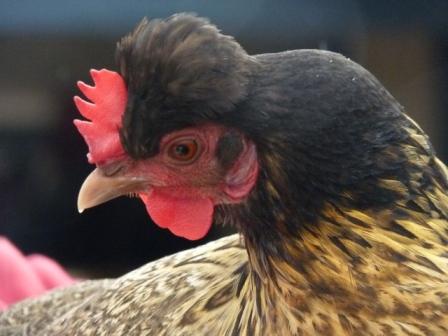 Bunbury Urban Farmers is a growing community of enthusiastic gardeners, and wannabe gardeners interested in sustainable living. Regular outings are organised to gardens in the Greater Bunbury area where productive gardeners show what they’re doing for local food security – everything from permaculture, to aquaponics, and backyard blitzes – permaculture style.

“Loosely explained, Permaculture is a design system that endeavours to connect humans with nature. For instance, we put things in a garden to serve a purpose. A plant is put in a particular spot because it likes the light and the soil and the other vegetation around it. Permaculture borrows from scientific knowledge about nature, very old gardening wisdom and appropriate technologies (such as using grey water and water tanks) for creating sustainable households,” explains Pierre.

20 people attended the Permaculture meeting held in Dalyellup on 11 September 2010 at Fay and Phil  Baudains’  house on a  440 sq metre block.

“The garden is just under 2 years old and it’s situated on absolute sand. We’ve had to bring in lots of soil to build up the quality of the soil. Having said that, the citrus trees seem happy in the sand. Now we have passion fruit vines growing against the walls, raised garden beds and 40 fruit trees. Chicken, which we keep in a pen, serve the purpose of providing eggs, they are also pets, they eat up all the household scraps, and their manure is turned into fertiliser for the garden,” explains Fay. 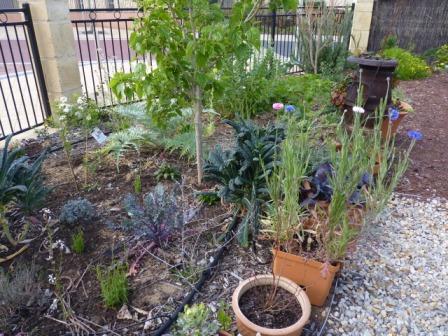 An old sink, that stands over a bucket, is used to collect rainwater in which the family wash vegetables and fruit, and the water collected in the bucket is then used to water the garden. Dill is planted around the apple trees to ward off aphids. “These are good examples of permaculture in practice,” says Pierre.

“The biggest pests we have are the slater beetles and caterpillars. We use organic pest oil in some instances, but not much else. For the slaters we invert tins and place them near the vegetables, and because they like the dark, the slaters congregate underneath the tins, rather than eating the produce,” says Fay.

If you’d like to join this growing group of urban farmers, then give Pierre a call – his details are below.

Bunbury Urban Farmers is proudly associated with the Transition Bunbury. 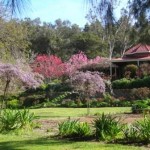 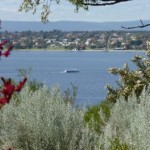 10 reasons to visit (and love) Perth