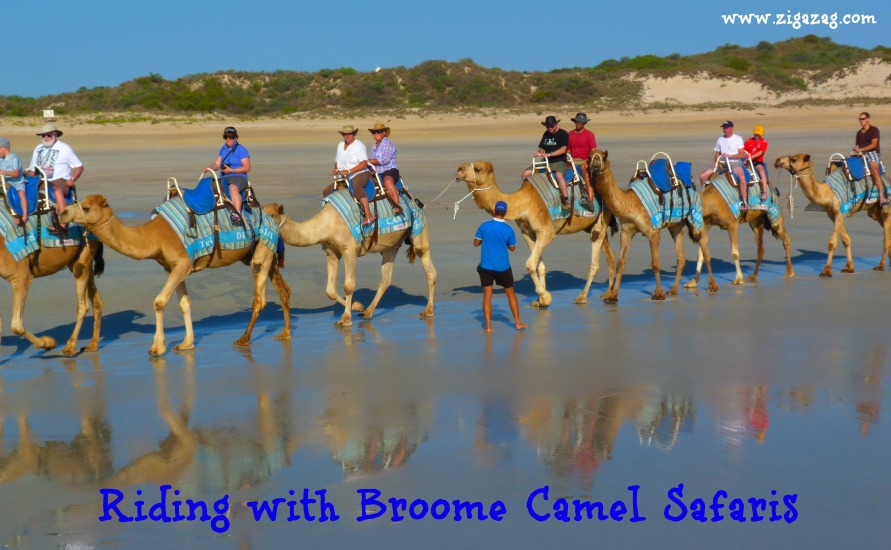 There’s something magical about long trains of camels ambling along a picture perfect beach beside the turquoise waters of the Indian Ocean.

And there’s something even more magical if you’re actually riding one. 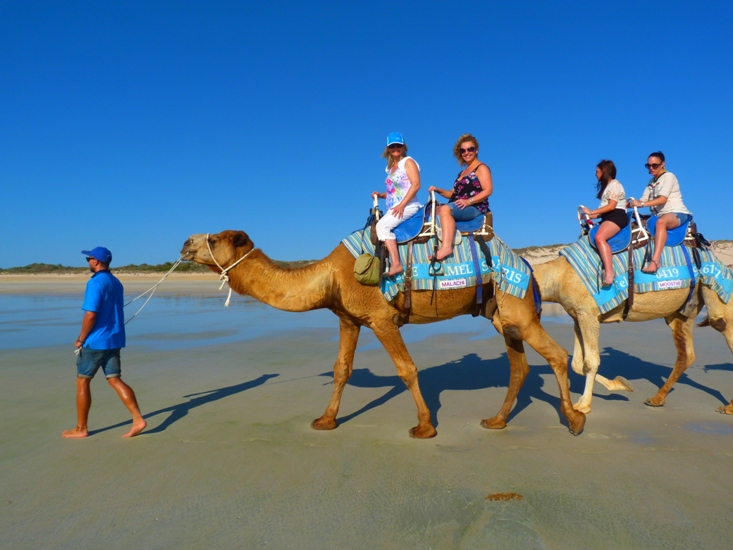 Setting off into the sunset takes on a whole new meaning as I contemplate  riding off by myself into the outback on a jaunt across Australia, as others have done, most notably Alison Bird, Broome’s ‘camel lady’ who owns Broome Camel Safaris with whom we’re trekking off along the beach today.

She’s an old hand as a camel operator with over 29 years experience training these amazing animals.

She trains her camels from the wild and has trekked with them in the outback for over seven years, exploring and painting as well. She now works with them on a farm just outside Broome in North West Australia. 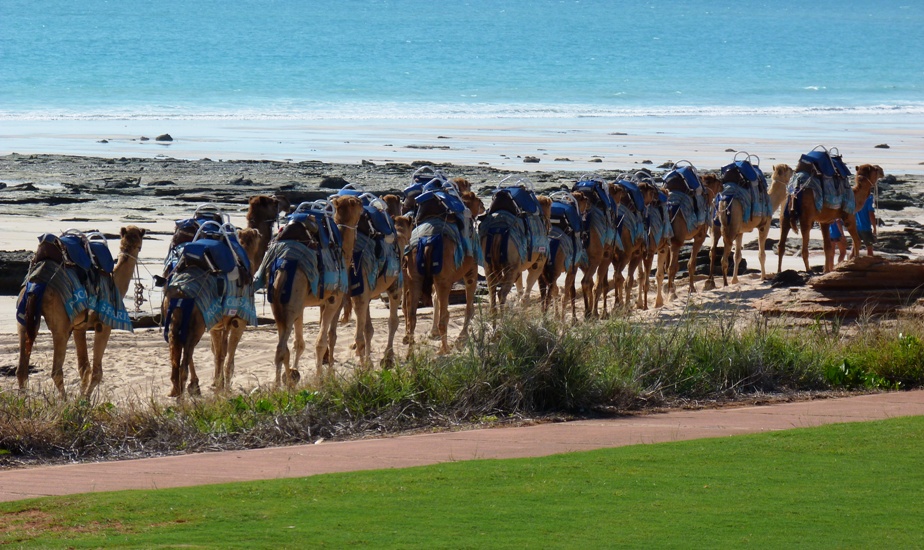 We arrive at Cable Beach and we’re introduced to the camel leaders and told what to do and what not to do. For instance, how to touch the camels, how to get into the saddle and how important it is to steel yourself and lean back as they get up – or you’ll go ass over … yes! 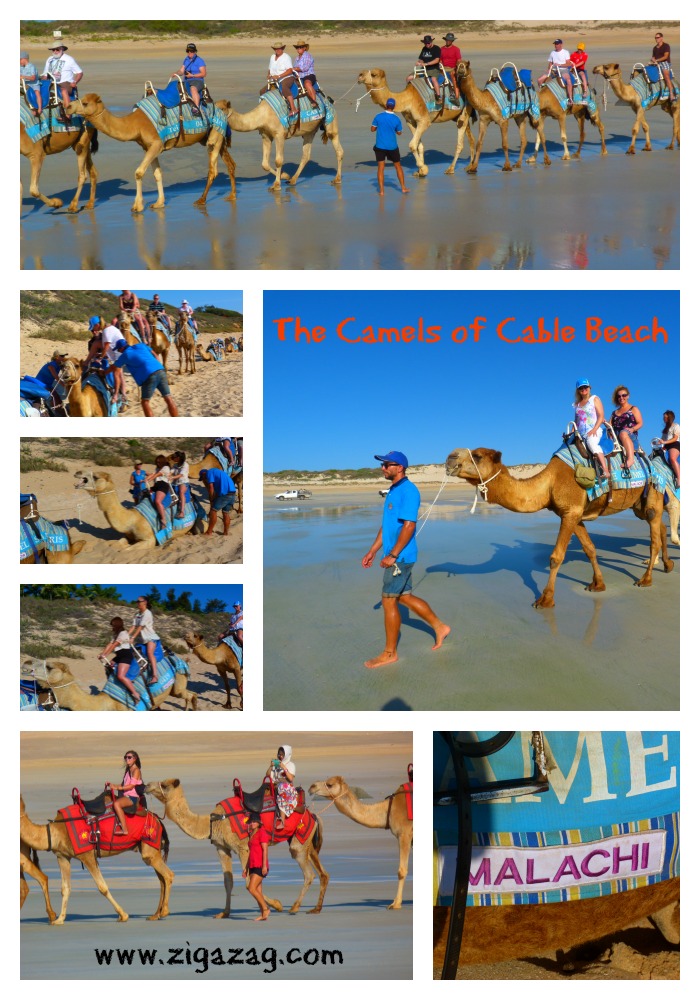 There’s a long line of camels with blue saddle blankets waiting for us. All lying down contemplating who knows what.  Each has its own Afghan name. I’m itching to rush over and hug one right now, but we have to bide our time. I hope from foot to foot. Give my shoes in, take my rucksack off. 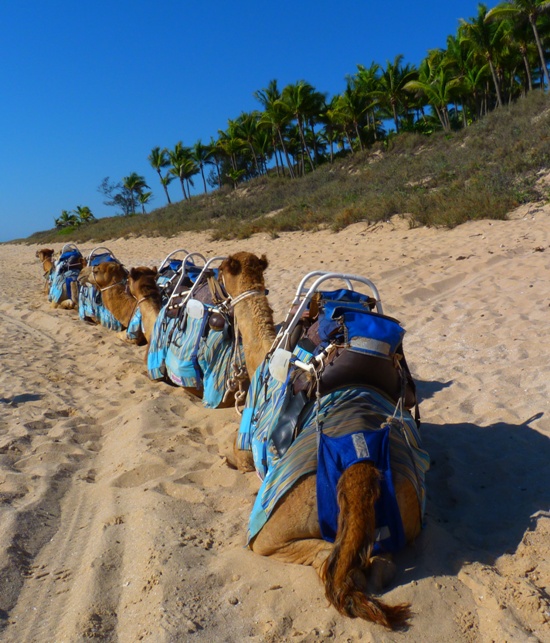 “Why an Afghan name and why do you give them their orders in Afghani?” I aks Matt who’s the head leader.

“Their names … because they are traditionally from Afghanistan and the instructions, well that’s  so that the tourists don’t start trying to tell them to stand up and sit down at will,” Matt explains. “That would be a disaster!”

I’m riding Malachi, a name which translates as ‘God’s Messenger’, and I walk over to pat him. He has big soft eyes with incredibly long eyelashes. His coat is coarse, but soft and the colour of, well imagine a camel cardigan. 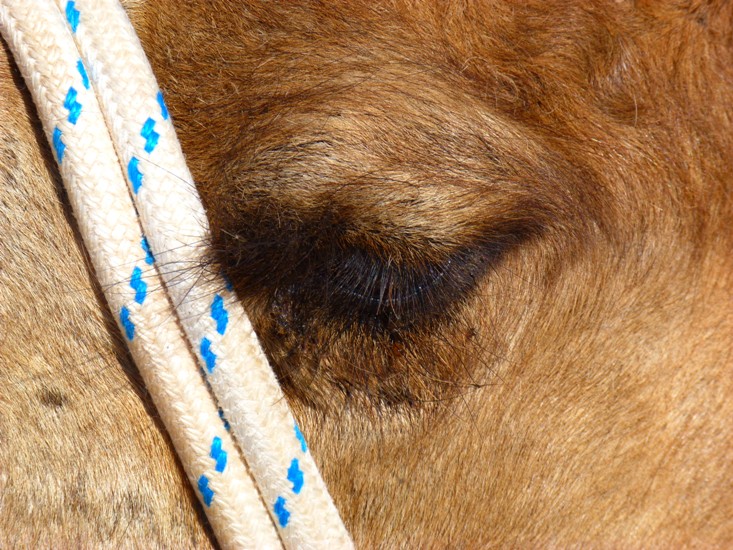 After I hoist myself up into the saddle, I laugh with glee as Malachi gets up throwing me first forward and then quite violently backwards.

Matt is careful with Malachi, this big lead camel, who knows the ropes and is meant to set an example to the younger camels at the back. Matt is playful with him, but respectful too and it’s evident that they have a great bond between them

“Alison has trekked through the outback with camels for long periods of time,” Matt tells us, “And she now has 42 camels at the farm. A baby camel has just been born and she’s adorable. Some camels are in retirement now, but the bulk of them work and are led from the farm daily to do two or three beach rides a day.”

Matt is from England, but he loves his work in Broome. He’s passionate about the camels and he says he doesn’t know if he can ever go back to England because by his own admission, he’d miss Malachi  particularly, and the other camels just too much. 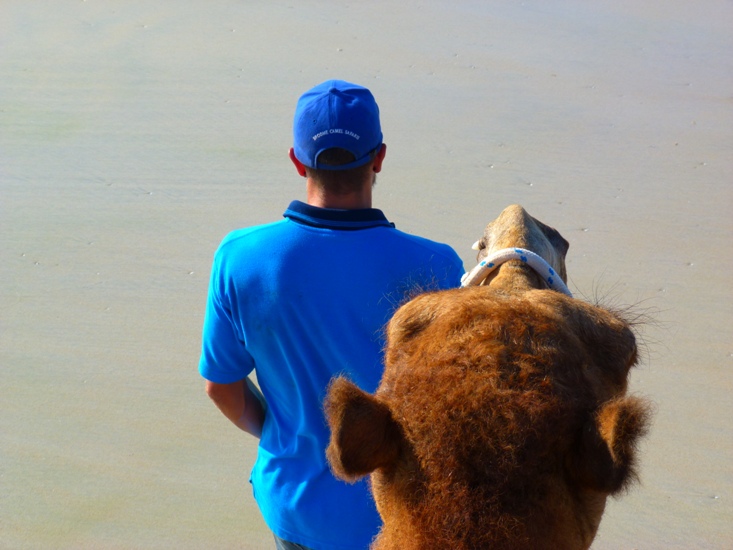 There is mystery and excitement as you ride these ships of the desert on Cable Beach and watch other long colourful camel trains sway in curving lines along the sand, particularly at sunset.

And it’s picturesque even if you don’t get to go on a ride.

Camels have been used in Western Australia since about the 1860s when they were used to haul mining goods and supplies across the state. They were also used for taking supplies to the various cattle stations in WA and for transporting materials used to build the first telegraph line in Central Australia. 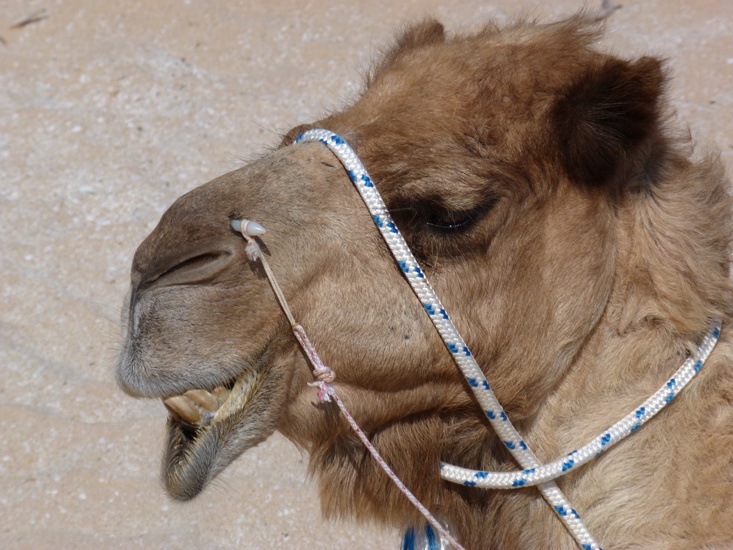 Matt tells us that there’s the biggest herd of wild camels in the world in Central Australia, numbering about 400,000,  plague proportions in fact. Another tour guide later calls this an epidemic.

My mind boggles. That’s a lot of camels.

We amble along the beach. It stretches to hell and gone, and is peppered now with four by four vehicles and locals who have come to watch the sunset.

There are three other camel train businesses operating along this beach, which now seems alive with camels with different coloured saddle blankets. Overall it’s quite a phenomenum. 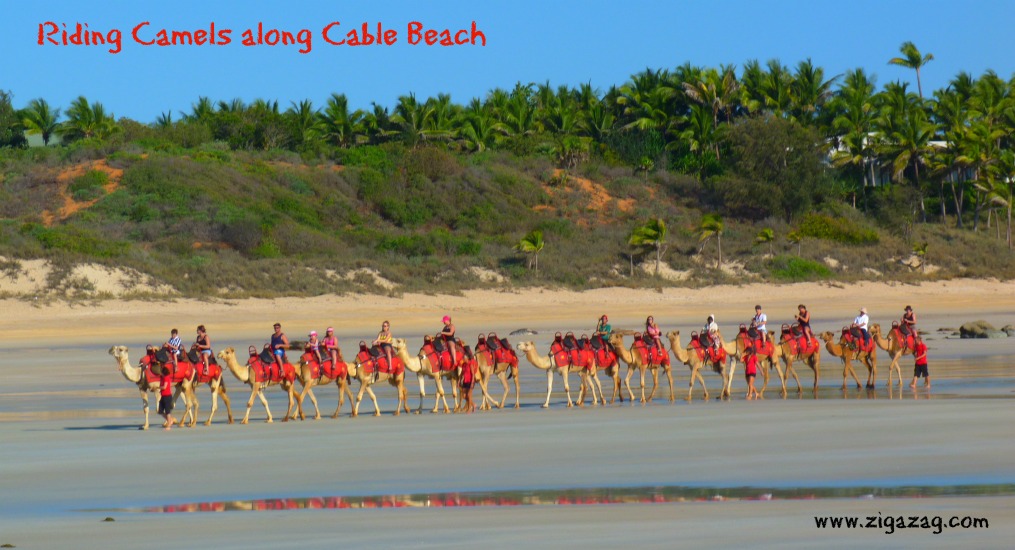 Later we head for cocktails at Sunset Bar, and I have an exquisite mango cocktail or two!  As we take photos of the gorgeous sunset through the palms, the camel trains make their way off the beach to start the short trek back home, and I smile as I see that each has its own little tail light. 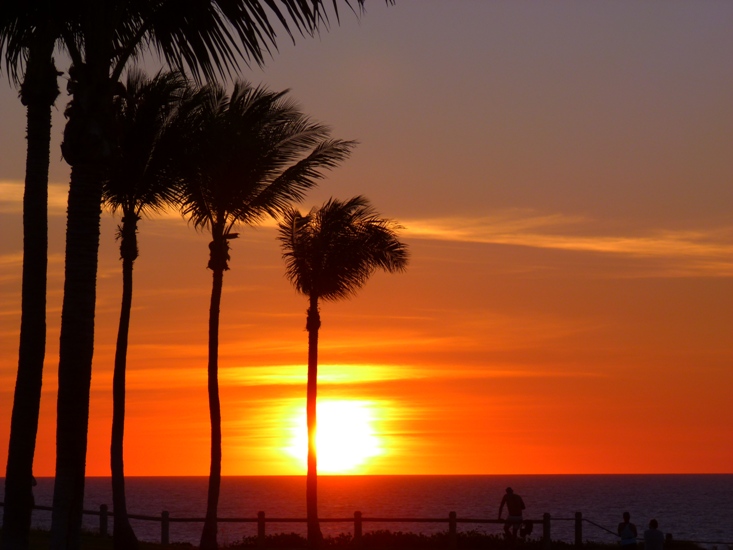 FAST FACT: Did you know that Cable Beach is rated in the world’s top 5 beaches? It has 22kms of white sand and was named after the telegraph cable that was installed between Broome and Java in 1889.

Have any of you read the international bestseller Tracks by Robyn Davidson, about Robyn’s epic trek with camels across the centre of Australia? I loved that book. I’ve just read that it’s recently been released as a film.

Or have you ridden a camel – where in the world did you do that? 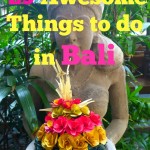 29 Awesome things to see and do in Bali 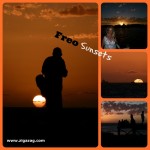 13 Fabulous Things To Do in Fremantle on a Long Weekend