Amy Shark, Pete Murray and Skinnyfish Sound System are to light up the stage at the Aviair HeliSpirit Kimberley Moon Experience

The Aviair HeliSpirit Kimberley Moon Experience is the highlight of the 10-day Argyle Diamonds Ord Valley Muster held in Kununurra, Western Australia, from 17 to 26 May 2019.

Since its inception 19 years ago, the Kimberley Moon Experience has seen some of Australia’s most talented artists grace its stage, with this year being no different.

Australian music superstars Amy Shark and Pete Murray will be two of the highlights at the ‘Moon’, the Kimberley’s biggest party.

Indi-pop singer-songwriter Amy Shark is best known for her hit singles ‘Adore’, and ‘I said Hi’ from her album ‘Love Monster’ which scored the prestigious Apple Music Album Of The Year Award that also debuted at number one on the ARIA charts. At the 2018 ARIA Music Awards, Shark walked away with four awards including Best Female Artist and Best Pop Release.

Pete Murray had an unlikely start to music. He began as a rising rugby football star but after suffering a bad injury, had to leave his sport behind. He picked up an acoustic guitar, taught himself how to play it and recorded an indie CD that he sold after shows from the back of his Kombi Van.

His debut album, the roots/rock infused ‘Feeler’ (2003), sold six-times platinum in Australia (450,000 copies) and earned 12 ARIA Award nominations. ‘Feeler’ eventually spent over two and a half years in the Top 100. The acclaimed album spawned his classic ‘So Beautiful’ which went on to become the Most Performed Australian Song of the Year.

Skinnyfish Sound System is a group of DJs, MCs and producers re-imagining some of the oldest music on the planet.

Touted as a modern, tribal party excitement machine, Skinnyfish Sound System brings together some of the best Australian music producers with some of the best Indigenous performers and an extensive back catalogue of songs that places the Didgeridoo at the centre of the sound system.

Ticket prices include booking fee and early bird tickets will run until 10th March 2019 or until the allocation is exhausted.

Travel packages with flights from Perth and self-drive from Broome will be available soon through iTalk Travel and Broome, Kimberley and Beyond.

Visitors are urged to start planning their trip now and stay to explore nearby attractions including the Mirima National Park, El Questro, Lake Argyle, Purnululu (Bungle Bungle) or take a river cruise along the Ord, the life force of the region or a scenic flight in order to really appreciate the vastness and beauty of the landscape.

Considered one of the last wilderness frontiers in the world, the beautiful untouched Kimberley landscape is as much of an attraction as the Ord Valley Muster’s star line up.

The State Government is a proud supporter of the event through Tourism WA’s Regional Events Program.

·      Fine dining under the stars on the banks of the Ord River plus a rodeo, music, food festival, art, culture, comedy and unique Kimberley experiences

The Ord Valley Muster is a nine-time Festival and Events winner at the WA Tourism Awards, inducted into the Hall of Fame in 2017, 2011 and the Kimberley Moon Experience in 2008. In 2015, the Ord Valley Muster won ‘Best Regional Event’ at the Australian Event Awards.

The host town Kununurra is the gateway to magnificent East Kimberley, which rewards visitors with spectacular gorges, natural springs and watering holes, red earth, big bright blue skies, unrivalled natural beauty with the country dotted with fat boab trees. Kununurra is about 800 kilometres from Darwin and about 3,000 kilometres north of Perth.

Thanks to Dianne Bortoletto, Pronto PR 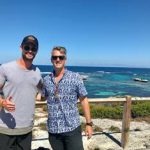 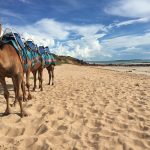 How to Embrace Winter in Western Australia (Top Tips and Getaways)