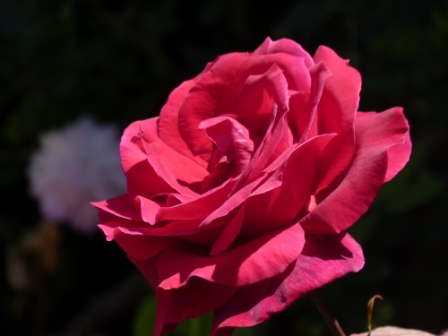 A boy, a girl and a chance meeting at a temple in Thailand that led to a love affair and a life lived on four continents.

Let me take you South East Asia, to Bangkok and a down-town hotel called The Swan near the Chao Phraya River where I first set eyes on a handsome man with a beard who was wearing tatty blue jeans held up with climbing rope in place of a belt.

I had arrived in Thailand from London on a Trailfinders overland trip, heading from Bangkok to Bali with Sydney as my destination, where I hoped to work for six months.

It was the end of a long, sometimes frightening emotional journey in the UK,  and if I’m honest, I was running away.

It wasn’t that I didn’t like England, far from it. At the time I didn’t really want to leave and I told myself I’d only be away for a few months. You know, just until I ‘found myself’ again and had picked up the pieces. 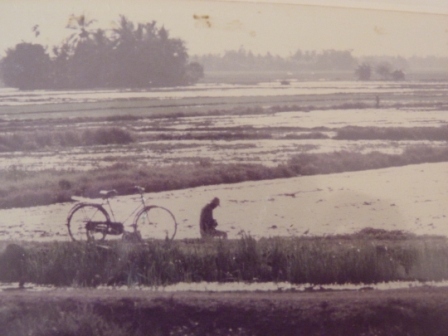 But the moment I landed in Bangkok my misgivings about leaving England began to dissipate,  and I gradually started to realise that I had made the right decision to travel – it felt right, almost as if something or someone was calling me, as if I’d found my spiritual home far removed from the  bête noirs I had been trying to avoid in England – the nine to five, a mortgage and anything to do with the corporate world.

Not to mention my own small world that had been systematically falling to bits.

And Bangkok was everything that London was not. The busy streets weren’t chilly and grey, they emanated heat and colour from the pavements upwards. I was overwhelmed by the cacophony of noise from honking car horns, revving engines and the bee like drone of tuk-tuks. I was accosted by new smells which were ripe and rancid ranging from heady spices to rotting matter, and the strange new sights from golden temples to busy river markets were almost addictive, like eye candy. 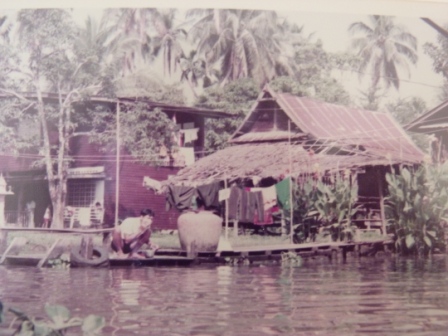 One day, exploring the cultural must-sees of Bangkok and on a tour of the Wats,  I came to the Temple of the Reclining Buddha. I took off my shoes and placed them on the rack in the foyer and moved inside the Wat, at once overcome by the sweet smell of incense.

Wat Pho is the oldest and largest Wat in Bangkok built two centuries before Bangkok became the capital of Thailand and is regarded as the country’s first university as well as the centre of Thai traditional medicine and Thai massage.

The ornate, gold plated Buddha lay along the length of the temple. The gold leaf glinted bright and bold but was flaking in places along the massive length of  his torso, 46 metres long, 15 metres high, and his feet and toenails were decorated with mother-of-pearl, and carvings that depict the ‘108’ characteristics of Buddha. I had never seen anything like it. My senses reeled as I tried to compare this place of contemplative meditation with the old Norman or Saxon churches in an English village. 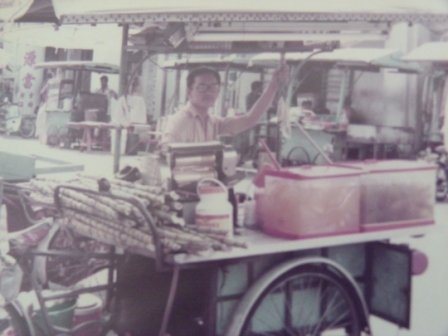 Once outside I was confronted by fruit sellers peddling tropical delights – see through bags of freshly chopped papaya and watermelon and pineapple. I bought a large plastic bag full of sweet pineapple and with juice dripping down my chin I sat on bench and made some notes: ‘The Buddha statue depicts the passing of The Buddha into final nirvana’.

“Massive piece of sculpture, eh?” A massive baritone voice said over my shoulder. “What are you writing?”

“None of your business.” I said jolted out of my own little piece of nirvana. I snapped  my shorthand notebook closed before wiping my chin and then smiled at the handsome man standing behind me. I recognised him from the Trailfinders welcome meeting at the Swan Hotel earlier that morning.

“Are you a writer, a journalist? You obviously come from England,” he continued.

“I’m a geologist from South Africa,” he mumbled through a mouthful of papaya. At the time, what I heard was, “archaeologist”, and as I had been living in the outer circumference of the seemingly more glamorous, world of rock  music  for a few years,  I quickly decided that the profession of digging up old relics for a living must be distinctly boring, and that he was likely to be very dull.

How wrong can you be?

“Nice camera,” he said, picking up my new Pentax. “I’ve got an Olympus – much better.” He grinned at me wickedly. “Want to come out tonight?”

“Um, no thanks.  I’m giving in to jetlag. Need to catch up on some sleep, get to bed early, thanks anyway,” I said while at the same time I felt an unwanted butterfly performing circus tricks in my tummy.

“Cool, I’ll see you in the foyer at 7pm,” he said scrunching up his sticky fruit bag as he walked away to join the other members of the group just before looking over his shoulder and winking.

Naturally, I was there, in the foyer at 7pm. 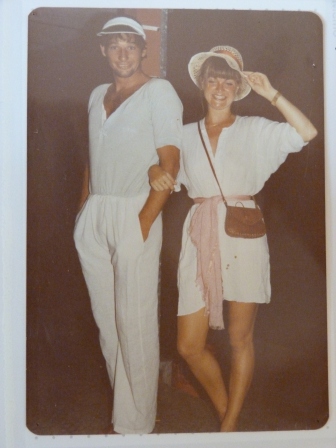 In a flash of recognition, at The Temple of the Reclining Buddha in Bangkok, I realised that I had met the man I would marry. I think I fell in love, hook line and sinker right there on the spot, although I repelled the spontaneity of so huge an emotion. I wondered at the time if it was caused by the strangeness of my situation, or if it was the clichéd ‘love at first sight’ ? Whatever it was something captivated my senses and I immediately saw something in him along with something of the person he might be when he wasn’t being impressive.

And I fought it with every inch of my being.

But I perceived straight away that his great strength was his ability to persuade without doing much persuading and I was to learn later that it would also turn out to be his greatest foible and the character trait I would fall for time and time again.

I didn’t want to fall in love right now, I really didn’t.  It was complicated. And I damned his immense charm and the beguiling forces at play in Thailand.

Oh, he had charisma – that was so captivating – it embodied a great energy and resolve with scant care for what the world or other people thought of him. I was to learn that once he made a decision, nothing would change his mind and any feeble attempts to resist would be volleyed back with a logical argument not up for discussion.

I think it was his ability to lead from the front with audacity and courage, without fear of obstruction, that took us across four continents  in 25 years, from country to country (eleven of them), and from house to house, on the wing of his career as a geologist. On the flip side it also kept us dangling on the edge of a permanence we would never get to know.

Would I have changed any of it? No, not at all, and after all those countries we have come full circle, back to Australia the country for which we were both originally headed.

Has ours been a life of plain sailing – gosh no. There have been many trials and tribulations along the way. How we survived together, and then later with children as a family of four during all those international moves, leaving kith and kin behind, breaking hearts and severing ties with countless friends, is the stuff that novels are made of.

Of course I wasn’t to know any of this that day at Wat Pho, when I fell in love with a different kind of ‘rock’ star. A rock star geologist whom I would marry five years later at a tiny chapel in Durban, South Africa.

But that’s the start of a much bigger story altogether….. 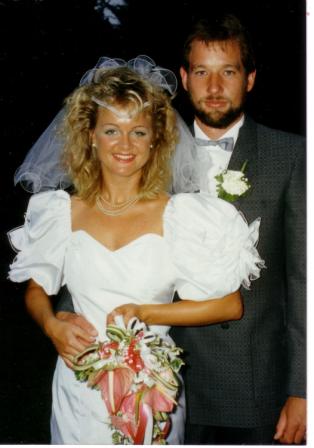 Do you believe in love at first sight? Are holiday romances sustainable? How did you meet your partner? 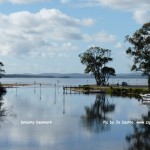 The Funny Side of Travel Conversations 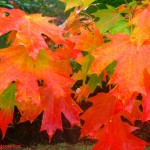