“Thank God it’s Friday,” I said as I picked He Himself up from work last week.

“Me too,” he replied as we put on our sunnies and headed south to the Margaret River wineries to watch an Essential Theatre production of Shakespeare’s Twelfth Night at Voyager Estate.

We arrived at Voyager as the sun was setting and already a good crowd had gathered with picnic baskets on the lawn in front of the impressive Cape Dutch gables of the cellar door. We enjoyed a tasting of Voyager’s select estate wines and then found a spot to lay out our picnic blanket on the grass as the first, early stars started to twinkle in the sky.

Voyager Estate is a wonderful venue for an outdoor performance, with plenty of room on the sloped lawn for everybody to have a good view, and adequate parking so that you don’t have to traipse for miles in your tart’s trotters.

I wore a long floaty summer dress and a thin cardigan, a mistake I found out later, as a cool southerly began to blog and the cold brisk air of the Cape began to close in. Others, obviously Margs locals,  had come prepared with blankets, thick jackets and even a duvet or two, which just goes to show how much cooler it is in Margaret River than further up the coast in Bunbury or Perth. Dave and I ended up huddling, rather unglamorously in our picnic blanket with the silver lining facing inwards.

The cast were outstanding and treated us to a performance jam packed with bawdy comedy and innuendo all mixed up with a dollop of romance along with many of Shakespeare’s most quoted phrases.

We chuckled through the evening at the antics of Sir Andrew Aguecheek and Cesario, Viola, Malvolio and the drunkard, Sir Toby Belch and wondered why we hadn’t paid more attention to attending Shakespearean plays in our dark and distant youth.

The Essential Theatre Company did a great job at bringing Shakespeare’s prose to life with larger than life characters and fantastic acting. We were riveted and taken in by the story which includes mistaken identity, ill-fated romance, love triangles, cross dressing and some farcical elements too.

After the performance we headed to a Farm Stay which we hadn’t tried before situated along Redgate Road not far from Voyager.  After a dark drive along a gravel road girded with trees set deep in the countryside we came to a wooden sign.

The lights were on welcoming us, and all the doors, shutters and windows open. “We don’t do keys,” Alex, the letting agent had told us earlier.

“Just don’t forget to bring your own towels,” Andy the owner had advised us. “Other than that everything is provided.”

Arriving on a pitch black night under a thick canopy of stars we thought we had taken a wrong turn and ended up on a Greek island . The little cottage we had rented on Birchfield Farm  has been built from straw bales and it’s very cute. Inside you’ll find a touch of Greece – blue wooden shutters, arched portholes, white walls and paintings of chocolate box perfect island scenes.

It’s rustic and memorable, somewhere to focus on living a simple life, where you can be surrounded by chicken and donkeys and open fields.

We’ll definitely be going back to Birchfield for a chillaxing weekend with friends.

If you do visit, don’t forget to stand outside at night because the stars seem to be so close that you can almost touch them. Oh, and do go and commune with sweet Patricia, the pig!

We awoke the next morning to a beautiful blue sky and began to wend our way home.

Our first port of call was to pop into see Giles and Rachel at Sea Gardens. We sipped our coffees on comfy sofas looking out to sea and the impressive, powerful  breaks around Prevelley. It looked like it was going to be a great day for surfing  along the Cape’s coast, and several people with surfboards strapped to their cars rocked up for breakfast.

“Don’t forget to come visit again,” said Giles, “there’s music at the weekends and Rachel’s bookclub once a month, or brekkie again on the deck maybe?”

“No worries, we’ll be back soon,” we said as we waived goodbye for we were on a mission and it was time to head off home to Bunbury, but on the way we wanted to pick up some local produce and delicacies as we were hosting a dinner party for friends in the evening.

Our stops included Margaret River Venison farm shop where we bought some delicious venison cold cuts, salami, sausages and rissoles. We also had a browse around their gift shop and bought a beautiful handcrafted cutting board made from Camphor Laurel timber salvaged from the Sunshine Coast Hinterlands. It smells delightful.

Then we drove to Wills Domain, and as usual marvelled at the view, the gallery and the sleek modern lines of the cellar door and restaurant with it’s floor length picture windows. Staff were preparing for a wedding that evening and I thought what an incredible place it must be for a wedding reception with those gorgeous views overlooking the vines.

We picked up a bottle of Wills Domain Rose to pair with the salmon we were cooking that evening, and also bought a bottle of their SSB which is a favourite of mine.

Finally we stopped at Driftwood Winery and Restaurant to buy a bottle of Dave’s favourite, a Cane Cut Semillon, which we planned to pare with cheese and biscuits.

We feel so blessed to live in Bunbury at the gateway of the Margaret River region, and to be able to buy superior local produce from local producers and yes due to this our little dinner party was a great success, and the food and the wine became talking points.

I’m linking to Budget Travellers Sandbox – pop over and see some other awesome travel stories. 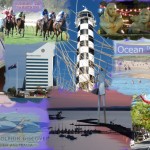 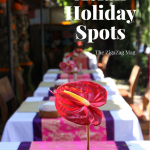 3 Dream Asian Holiday Spots – When you need to beat the dry WA heat.