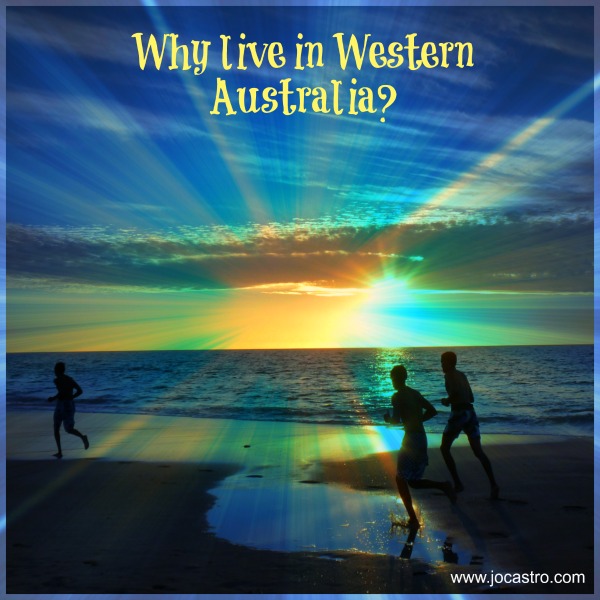 So you want to ‘live the life’ in Western Australia but you’re not quite sure where to start looking?

North, South, East, West? The state is huge, about 10 times the size of the UK, and even if you’re looking at a specific destination due to work considerations,  you’ll find plenty of options for different lifestyles within each pocket of this vast state.

Living in Western Australia makes you officially a ‘sandgroper’. Welcome to a land of endless beaches, a small population, low density living, incredible natural beauty, long straight roads and space – so much space. 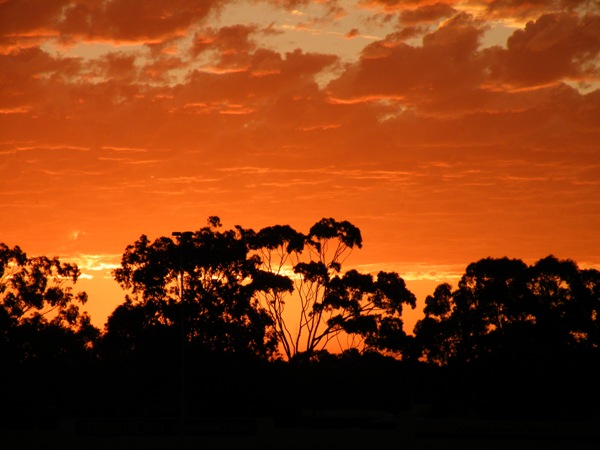 You could choose from city to beach, inland, forest or perhaps vineyards for a start and that’s if you’re looking at South West Australia alone – a region which is just so ecologically diverse.

Have I mentioned the heartbreakingly lovely sunsets yet?

But let’s zoom in even further. Today I’m going to introduce you to our little corner of south west WA … Dalyellup, near Bunbury.

When we moved to WA we didn’t know what to expect and arriving in Bunbury, we were really pleased to find that all those green bits we’d seen on the map in the south west area, really were big tracts of forests, vineyards and arable land.

Bunbury is a city of 3 waters; the inlet, the estuary and the Indian ocean. That sounded good to me too. I wasn’t sure about it’s iconic tower though which people say looks a bit like a milk carton.

I was happy with the Mediterranean climate – hot summers and cold winters with rain – and I was also happy that Bunbury had everything I could possibly want as a regional centre; well it has been dubbed WA’s second largest city but that’s not to say that life is at all ‘smoggy’. 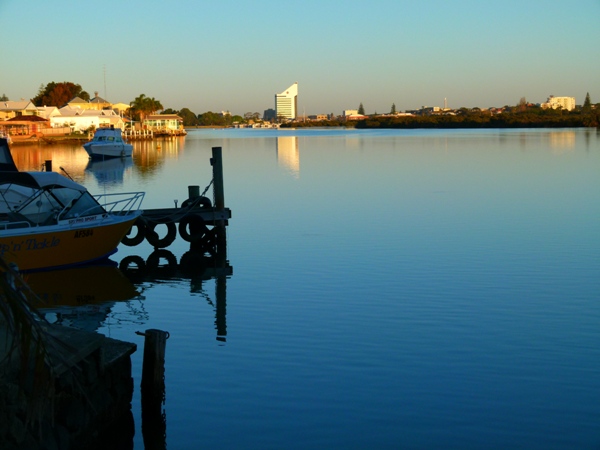 After looking at around 100 houses in various suburbs each with its own slightly different lifestyle we finally decided on a house in Dalyellup, a suburb which is touted as a village in a forest near the sea – a 15 minute drive to Bunbury. 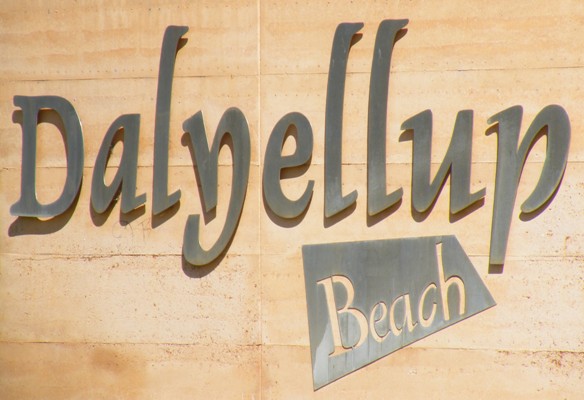 Now while this might sound a bit fluffy and romantic, the reality of living here is pretty dreamy.

There are trees, and wild tracts of forest where Ringtail Possums roam. There are parks and lakes with wetland birds, and a long stretch of beach which is devoid of people for much of the week. 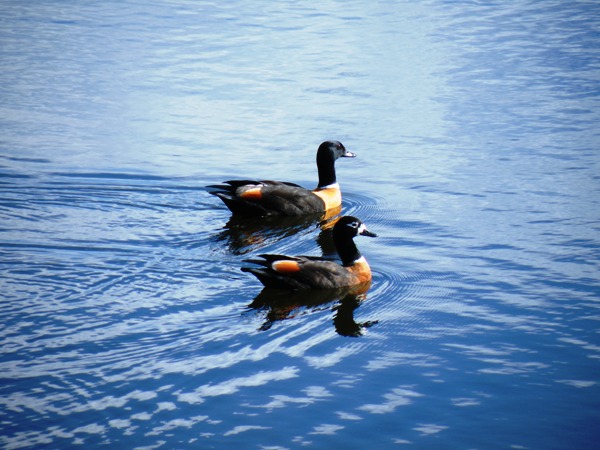 Expect the surf club to meet at the Busselton end of this beach on a Sunday, and four wheel drives to take off for the best fishing spots heading towards Peppermint Grove at weekends, and if you’re game you can walk all along the beach in the other direction to Bunbury with no impediments – if you wish, that is.

With bike (and walking) trails snaking through parks and trees around the suburb, and a bike track that runs almost without break into town (about 12 kms) there’s no excuse for not keeping fit, and for the kids – well, there are playgrounds a-plenty, some with free gas barbecues. 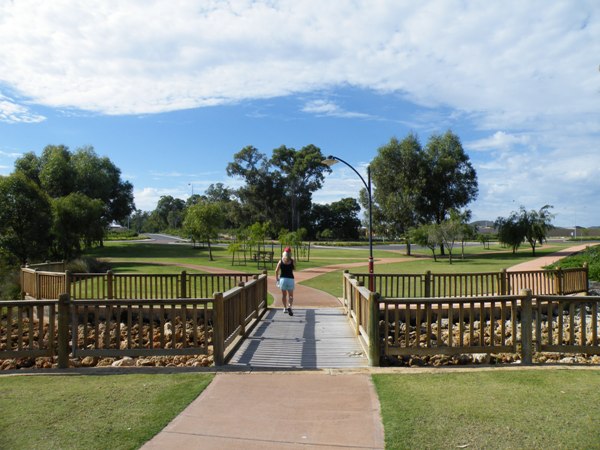 One of the parks has free outdoor gym equipment for all and sundry to use, so you can cancel your gym membership right away. 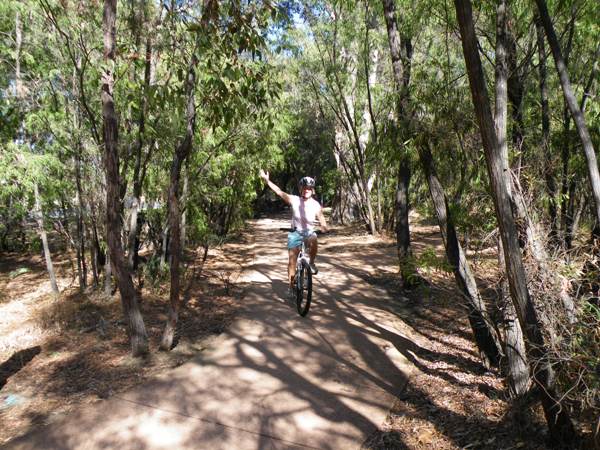 Don’t forget the schools – 3 primary and 2 senior – a community centre, Doctors, a chemist, deli and a whole host of community groups that meet regularly, and the package of life here is pretty much complete.

Let’s not leave out the shopping centre opening sometime in 2015 with Woolworths as the anchor store.

Dalyellup is Close to Busselton (30 mins) with its beautiful beaches and 1.8 kilometre wooden jetty, and Margaret River (1 hour) which is near enough if you choose to pop down to one of the iconic beaches or for lunch at a wine farm if you like.

You might also like:
13 Things to do in Busselton
Whale Watching in Geographe Bay and Lunch at The Deck in Bussleton
What a beautiful place for a daydream. Busselton jetty
3 Places you just have to try for lunch in Busselton

Inland there’s the Ferguson Valley just 20 minutes from Bunbury with its hills which turn emerald green with the first rains, and south there’s pretty Donnybrook with undulating scenery and in town an enormous kids playground which is renowned as far away as Perth.

Then there are the annual south west festivals and events; Balingup with it’s Medieval Festival and Bridgetown with the Blues festival, Nannup with the Garden Festival and Music Festival to name but a few. So you see, we’re not really as remote as people think. Of course if you want the bright lights then Perth is only 2 hours away, a journey which makes getting on a plane from Perth airport easy too.

You might also like:
Fun things to do in Perth at night
What to see and do in Perth
How far is it from Perth to Bunbury
Where are the best beaches in Perth

So if you’re serious, or even if you’re not, here are some pics of Dalyellup, and our lovely house, which is sadly for sale as we’re moving to Perth for work reasons. 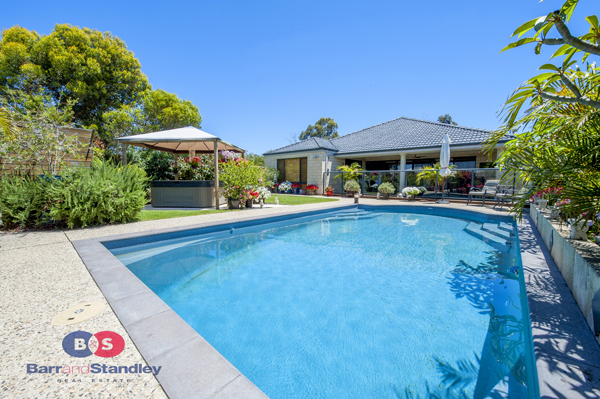 Above is our house and the garden we’ve created during our 6 years’ living here and below is Dalyellup Lake. 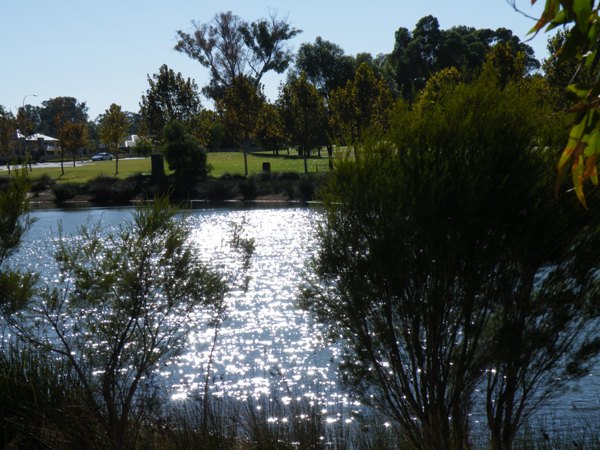 We go bicycling around Dalyellup nearly every weekend. 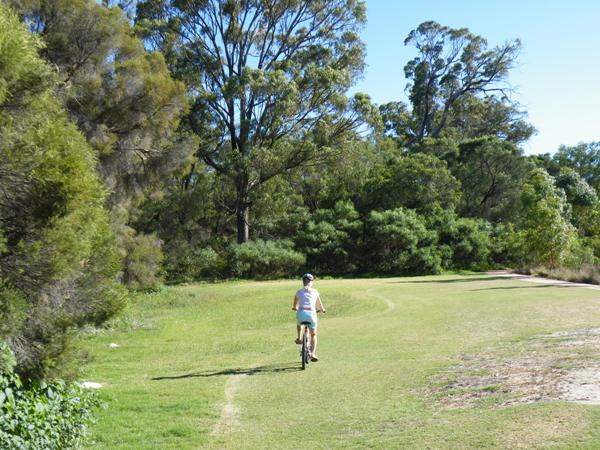 Here’s the outside entertaining area where many a fun time has been had. There’s a chef’s outside kitchen and a pizza oven lurking out of view too. 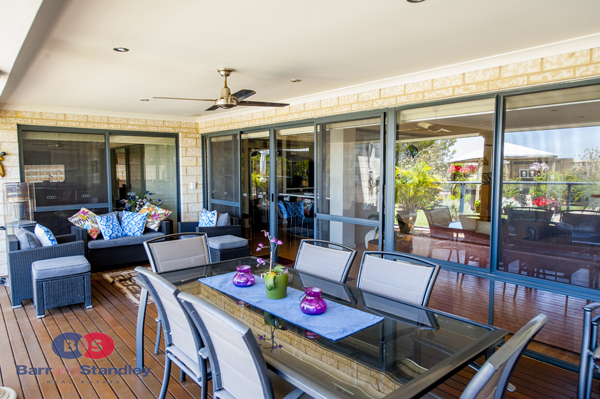 It’s safe to say I’ll miss our house, and Dalyellup, and this lovely corner of the world. 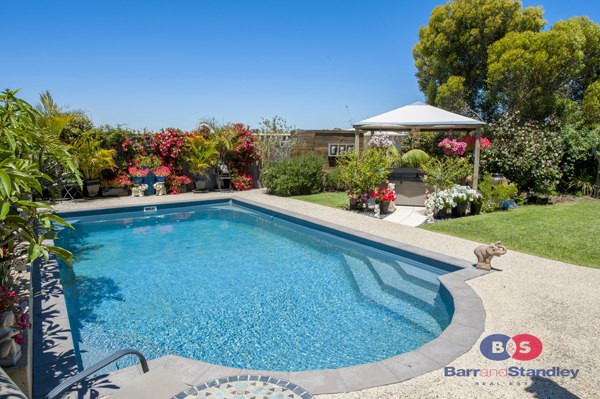 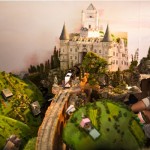 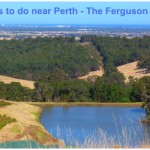