Life in Perth and what to expect in Western Australia.

Life in Perth is quite different to anywhere else in Australia, especially the Eastern seaboard.

It’s quieter this side of the country, the roads aren’t as hectic, we have vast open spaces and awesome, often deserted beaches.

Perth might strike you as a large country town rather than a frantic city, although the traffic is definitely getting worse.

We arrived in Perth from South Africa in late December 2008, and the first thing that struck me was the heat. It was blistering.

It isn’t that I don’t like hot sunshine, and originating from England I’m actually quite partial to sunny weather, but the scorching summer heat of January and February in WA takes some acclimatisation and it was definitely a different sort of heat to that of Cape Town.

Immigrants make up a large part of the population in WA

It’s actually quite hard to get one’s head around that about one in four people who call Australia home were born in other countries.

“The number of settlers arriving in Australia between July 2010 and June 2011 totalled 127 460,” according to the Department of Immigration and Citizenship “They came from more than 200 countries.”

Most were born in one of the following four places, in order of percentages :-

Once settled I did get used to the heat though, and also ways to avoid it (think glorious beaches, swimming pools and air conditioning). I love living in WA now, and can’t think of uprooting to go anywhere else.

Looking back there were some strong first impressions that I’ll always remember.

First impressions of Western Australia and what’s Awesome too

Some wonderful Facebookers have generously offered some of their first impressions too, which I love … and I can relate to nearly all of them. To protect their privacy I haven’t included names.

“I found the constant noise that the crows make  took a while to get used to.”

“The smell of eucalyptus tree on a 40 degree day; magpies squawking; the availability of public toilets almost anywhere….”

“Gas Barbies in the public parks…. AND THEY WORK! Awesome!”

“The Crows … I used to run outside because I thought the noise was a baby crying somewhere. My brother on his first visit from South Africa said the crows sounded like sheep. It does take some getting used to.”

“Yip the crows. I thought there were sheep at the airport…so funny. Other things that struck me was that no people were riding on the back of UTE’s and all the robots (traffic lights) all worked.”

“When we arrived at the airport and I saw ‘that’ carpet… I. thought I was on the 70’s show …. and when we arrived, 8 years ago, all the cars looked older [than where we’d come from] too.”

“The opportunity to camp out and hike in the bush away from the city. Beautiful weather and stunning wildflowers. Not crowded like many places around the world – still the opportunity to have your own backyard.”

“How large the State is. It covers such a large area and features all land formations , soil types(plant life) wonderful long coastline, different climates – from one extreme to the other . Big enough City and metro area and vast countryside. In other words it has something for everyone!”

“We were not too impressed with the international airport when we arrived.  I guess we  expected something larger and more efficient…We are happy here though…”

“Oh Man .. that carpet! I thought I’d arrived at a local bioscope straight out of the 50s! When we arrived I tried to pat a little beagle and he bit me.. and the security bloke said “No no no.. if you try to distract the dogs at work they think you are hiding something sinister!” But when I saw the outline of the city on the river.. it was, “Oh wow!””

“Lol… Heat… Arrived in February and thought I had immigrated to hell.”

“Yes heat, still can’t get used to it – especially in February.”

“Even after all this time the public parks still fascinate me.”

“I’ve loved King’s Park since the first day I saw it! Spectacular views and you don’t feel as if you’re in the city.”

“Love the cycle paths in Perth.”

“My first impression was seeing a motor bike with a trailer, driven by a tradie.”

“Doggie bags on  dogs’ leashes… Thought, “Oh how cute all the dogs have yellow ribbons!”

“Couldn’t get used to living in a house where the bedroom was at the front of the house, where it felt like I was sleeping in the middle of the road. (Many new build houses have bedrooms at  near the front door.) However, over the eight years I have been here, I realise I am blessed to live in this beautiful country and I have so much to be grateful for and the opportunities available to my family and children.

“I found that finding a doctor was a mission. But now I’ve found a good one that I  see regularly.  Having to wait  6 hours in the emergency section of the hospital was a bit of a shock one day.! So too the price of food. But the beaches – well. they made up for anything that’s not good. And the weather – it’s awesome in Perth!?

And here’s a shout out to  Wendy Burger who also replied to my question, who’s written and published a book called ‘Moving Down Under Made Easy’.

Do you have a first impression of arriving in Western Australia – we’d love to hear about it in the comments section. 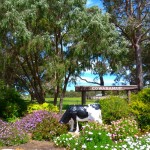 Top 10 Things to do around Margaret River. In the heart of the region try Cowaramup – Where? 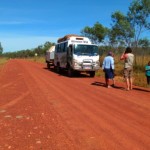