I believe in the power of social media

I’ve watched the video, and probably you have too? It’s heart wrenching. I cried mostly because of the children, but also because I was moved by the power of people getting together to support a cause via social networking.

I’m up for making vile warlords famous – in a bad way – in the hope that enough attention will be garnered to make politicians do something about evil men like Kony. And then go on to apprehend any power crazed individuals who commit atrocities against children anywhere else in the world. 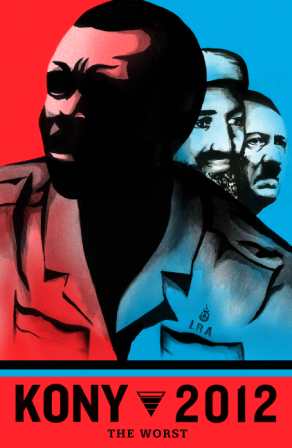 In the old days, before social media reared her convivial head, so much could be swept under the carpet, and vile creatures such as Hitler, Stalin and Bin Laden were allowed to rise and rise like hideous monsters well out of world view.

Situations spiraled out of control until they did so much harm that the damage was irrevocable and in time the world was in outcry. But it was too late.

We know that generally speaking, nothing gets done by the Ruling Powers That Be unless it is in the interests of national security or unless it affects the economy in a detrimental way. So a warlord like Kony is left to his own devices. Are we to listen to the detractors of the cause who say that the situation in Uganda is different now? I think not, because Kony is still out there somewhere, and there are others in different parts of the world who should also be stopped in their tracks. On from that, perhaps this mobilization of the masses could be used to solve other urgent issues of our time?

The essential goodness of mankind

I believe we have a new order in the making, and it’s fuelled by social media which can harness the essential goodness of humankind. It’s an unsung power that is slowly realising its own strength, not just to spread ideas but understanding how to effect change to make the world a better place, especially for our children.

Have you lived or travelled to Africa, The Philippines or Nepal? I’ve lived in these countries and human rights issues, poverty and inequality are so virulent that they cast a shroud of guilt over the more privileged expatriates or travelers who go about their lucky lives mostly oblivious, or otherwise disregarding, the issues at stake.

Guilty of turning a blind eye

I tried turning a blind eye when I lived in each of those countries, caught up in the day to day busyness of bringing up my own babies and children, acceptant of my own neuroses about keeping them safe from the harm and disease so apparent in the Third World. So much so that I was tucked up tight in an ivory tower of my own making.

Some of my friends didn’t turn away from the bigger issues and I applaud them, because they beavered away making small strides in big situations, disregarding their own personal fears and safety.

In an age overflowing with information and appropriate channels through which to distribute news, it’s different.  My friends are able to make a much bigger difference, and we all have the ability to attach ourselves to causes to make the world a better place for our children and other people’s children. We know that we live in a global village, and that we’re not really hindered by borders – at least not when it comes to social media. So I think at the very least it’s time to add our names to pledges and causes that are fighting for justice to be served.

Don’t you also get the feeling we’re on the edge of a new order?  We live in a democracy. Let’s make our voices heard and set a precedent for international justice.

If you haven’t already signed the Kony pledge why not think about doing so here? www.kony2012.com

Or donate to the cause Here … Invisible Children 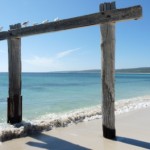 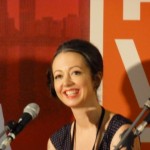