I received an email the other day …

Well, that got me listening!

It was from Kate Walker,  on behalf of her brother 24 year old Ross Walker, who is attempting to complete the Mongol Rally. 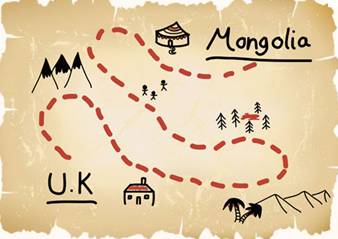 “Well, this is how I think of their rally route looks”, says Kate

and this is what it’s all about.

Want the full low down about the adventure? Head over here http://www.theadventurists.com/the-adventures/mongol-rally

or take a look at the youtube video http://www.youtube.com/watch?v=4VwacRktz2c 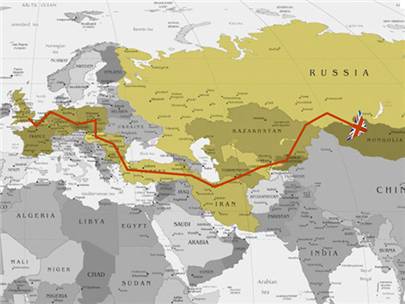 Three mates and a lot of miles

Ross, and three of his mates; Angus Souter, Loughlin Gould and Simon Gibbs, otherwise known as the rally group ‘Pandamonium’ are soon to head off on a mad dash across a dozen or so countries ( (a 1/3 of the earth’s surface) all in the name of charity.

I caught up with Ross, who had just pulled a 33 hour working shift to help raise money for the trip. And I asked him, “Why?”

“Well, we originally wanted to do the tuk tuk race in India but that was full so we opted for this epic one instead! This is our first rally and we are extremely excited. It’s unlike anything I ever imagined I’d do.”

So what is this mad dash all about?

In a nutshell, ‘Pandamonium’ will:-

“Starting in London on the 13th July Ross and his Panda mob aim to hit Ulaanbaatar soil by 24th August (at the latest). How they return from there, well your guess is as good as mine,” says Kate.

But, the weeks in between will see the boys get up to all sorts of shenanigans, meet amazing people, lose their way (occasionally I think) and have to deal with the likes of Russian authorities and of course stay the hell clear of the secret Soviet space launch site in Kazakhstan.

“There are 200 teams this year, only three of which are Australian.  We called ourselves Pandamonium as we were originally driving a fiat panda. Unfortunately we didn’t get one but have ended up with a fiat punto, we figure it’s close enough!” says Ross.

They are in fact purchasing Kate’s, “Fabulous and trusty little London based filly-Fiat! Or the sewing machine on steroids as she’s fondly known!” says Kate.

‘Pandamonium’ aim to raise AU$20,000.00 for ‘One Girl’ and they only have a little time left to reach their goal. The boys are working multiple jobs at the moment in order to try and fund their race as well as support ‘One Girl’ and purchase a few essentials to see them make it through in one piece.

If you’re someone who loves to support charities, please visit http://personalchallenge.gofundraise.com.au/page/GouldL

“And if you’re not really one for volunteering money to causes you’re unfamiliar with – please still donate as this is my wee brother’s first epic global adventure and he and his mates need all the help they can get!” says Kate

“We will be doing updates anywhere possible along the trip through our website, Facebook and twitter all of which are linked, so you can stay abreast of where we are up to,” says Ross.

If you’d like to stay abreast of their wanderings (once the race starts) then visit: http://mongolrally12.theadventurists.com/index.php?mode=teamwebsites&name=pandamonium4&page=home 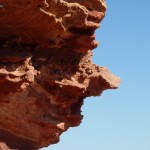 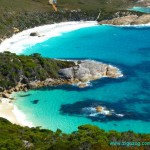 Fab Beaches of the World