They say that “Old wine and old friends are best,” now while that may be true for some, I have to say that in my four years’ living in the South West I’ve found that new wine and new friends are in no way second best.

I’ve made some great new friends in that time, and I’ve definitely come to love the wine that’s produced in one of Western Australia’s youngest wine regions, namely The Geographe.

According to Geographe Wine:-

“The Geographe Wine Region is a Region of great diversity.  On one side bordered by the Indian Ocean in the West starting at the base of Geographe Bay and heading East it passes over the hills and scarp behind Bunbury through the stone fruit and apple orchards in the East to Balingup then heading North to the citrus and dairying areas of Harvey.”

The region was officially recognised as one of Australia’s emerging wine areas in 1999. Nowadays there are about 1200 hectares of vines planted, some of which date back to the 1970′s, and the region is  home to many of Western Australia’s most promising wine producers.


I counted approximately 20+ wine estates showcasing their wines at the sixth annual Geographe Crush Wine Exhibition held in Bunbury (NB: Link is to a previous Festival just for your information) at the beginning of November, where there were some new and exciting wines for tasting, many of which had won awards.

Vinophiles hopped from booth to booth tasting the fine selections of wine that are being produced at reasonably new estates (in the wine making scheme of things)  situated in Harvey, Collie, Dardanup, Donnybrook, Capel, Busselton, Ferguson Valley and other places in between. 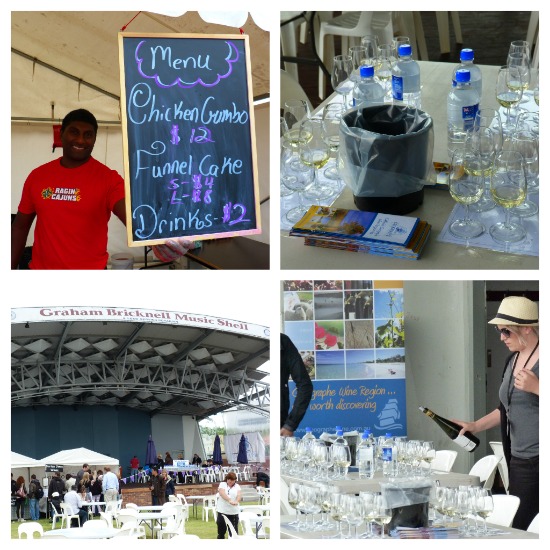 Top left,Ragin Cajun, Luisiana Comfort Food and plenty of wine tasting and entertainment at the Geographe Crush in Bunbury

A fun day out

Although it’s known as a premier, annual  wine exhibition, The Geographe Crush is not all about wine. Food and entertainment also play their part and  are included in the $20 ticket which this year included all wine tasting, some food tasting, entertainment and demonstrations.

There was lots of entertainment throughout the day and various food companies were offering eats, treats and delicacies. The programme of demonstrations consisted of  seminars, from wine tastings to cooking exhibitions.

So if you’re in the South West, be sure to make space in your diary at the beginning of November for this annual event, because not only is it good to support local wine producers, but it’s also a fun day out.

The event was organised by CMS Events. More information about other Western Australian festivals that CMS Events organise can be found Here

Do you have a favourite West Australian wine? Why not share in the comments box below and let’s see if we can get a whole list of WA wines to try! 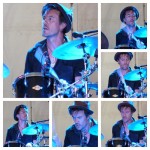 The Bridgetown Blues Festival and monster music from The Swamp 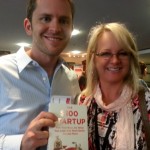 Chris Guillebeau and Notes on Blogging. Part One of Three.