And the reason for that is that I’ve just been lucky enough to attend the Margaret River Gourmet Escape, a three day food and wine extravaganza held in and around Leeuwin Estate Winery in South West Australia. 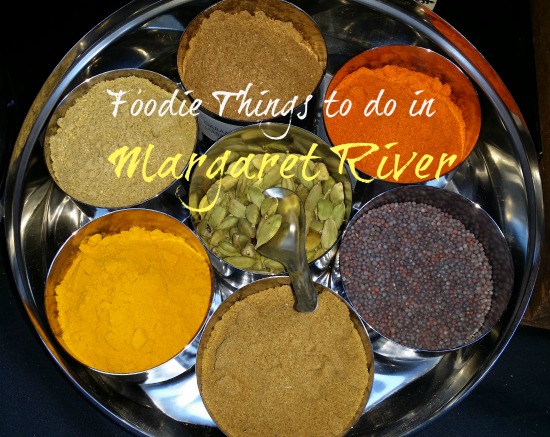 It’s an event held in the Margaret River region that celebrates Western Australia’s fresh produce, gourmet delicacies, world-class wines and the laidback lifestyle. It really is one of the top foodie things to do in Margaret River, or Australia for that matter.

Not so many years ago, Margaret River consisted of a small community mostly made up of surfers.

On a walk around Prevelly where we were staying in a wooden cabin at the caravan park, we met an American who arrived about 40 years ago in search of the perfect wave, and because of the waves and the beauty of the place he just stayed.

And that, in the tradition of the locally filmed surfing movie Drift starring Sam Worthington, is what Margaret River was once all about.

Today, the Margaret River region still retains the laidback lifestyle loved by the surfing community and others, and if you pencil the Margaret River Gourmet Escape into your calendar for next year, you’ll get glimpses of a quiet life that’s diametrically opposed to city existence – except with gourmet privileges.

For this event is considered to be Australia’s premier culinary food and wine festival.

I shouldn’t have been surprised when one couple told me that they’d flown over from Queensland specially for the event, or when it was obvious that chefs from overseas never shied of the chance to say what a marvelous festival it is.

Rick Stein, said: “Who wouldn’t want to come here?” and Claude Bosi (Hibiscus, London) said “You’ve got something very special going on in Australia and chefs want to come to the Margaret River Gourmet Escape to see what’s going on. They don’t just come to Western Australia for the sun and flies,” he said swatting another seasonal fly from his face.

The festival is held over three days. Saturday and Sunday sees the Gourmet Village open for general admission in the beautiful grounds of Leeuwin Estate Winery.

So many stalls, so many wineries, and breweries and nougat making companies, and bread and cheese makers, and olives and jams and oysters and pickles and cakes and jerky and oh, the list goes on.

We tried wonderful tasters of wine and food from some of the top wineries and restaurants in the area, purchasing small cordon bleu plates of food with our Gems, the currency of the Gourmet Village.

But that’s not to say that we weren’t pretty full already having eaten our way around the stalls tasting complimentary niblets of this and that on offer as we went around.

From Spritz to wine to beer. Below is Sue from Angelicus Winery in the Ferguson Valley – do yourself a favour and try the Angelicus sparkling wine – Panis (It means ‘bread of angels).

Top chefs, a veritable who’s who of the culinary world from Australia and overseas, came to give cooking demonstrations and talks.

You might have heard of some of them; Heston Blumenthal, Massimo Bottura, Rick Stein, George Calombaris, Guillaume Brahimi and wine expert James Halliday.

I think one of the best things about the festival this year was the number of satellite events held in 20 different locations throughout the region – there were long table lunches, beach barbecues, feasts in the forest, chef discussions, and dinners at top wineries, all attended by a mix of celebrity chefs.

I was lucky to be invited to the “Food for Thought” session in which three well known chefs and a food critic batted and sparred around the idea of ‘cooking without borders.’

It was held in a chandelier festooned marquee at the very lovely Voyager Estate, just outside Margaret River township and included cordon bleu treats with Voyager wines.

Claude Bosi (Hibiscus, London),  George Calombaris (The Press Club, Melbourne and judge on MasterChef Australia), Jacques Reymond (chef and restauranter from France, now living in Melbourne) and UK food critic A A Gill treated us to a funny but incisive discourse about the origins of food, and a discussion about whether  fusion (food) actually represented confusion! Read more Here on Lifestyle Fifty, Celebrity Chefs.

We returned at night to our little cabin set beside a forest by the sea at Prevelly Caravan Park, and opened a bottle of Snake & Herring Riesling to have with an assortment of eats and treats we’d bought around Margs during the day.

If you haven’t been to the Gourmet Escape yet – then just go next year! Or the rest of the world will have discovered it before you do! 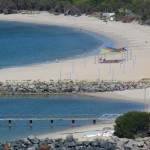 Weekend Getaway : Top 10 Things to do in Bunbury 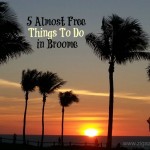 5 Almost Free Things to Do In Broome