Looking for Ferguson Valley Accommodation? A Farmstay in WA with a difference – in a bushland setting overlooking a lake?

Then consider Evedon Park Bush Retreat for your next getaway. 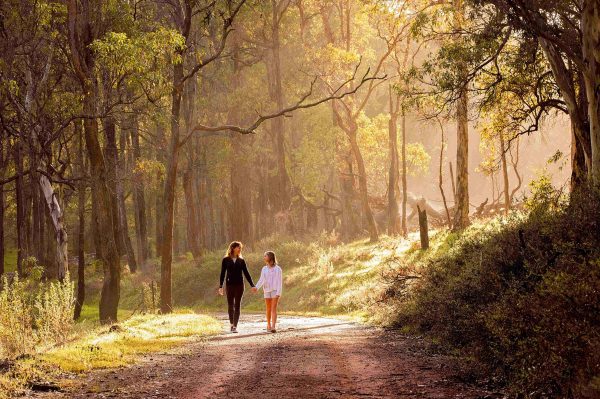 Evedon Park was once a dairy farm, and is now a sylvan bush retreat situated in the rolling hills just above the small  regional town of Burekup, at the gateway to the Ferguson Valley. 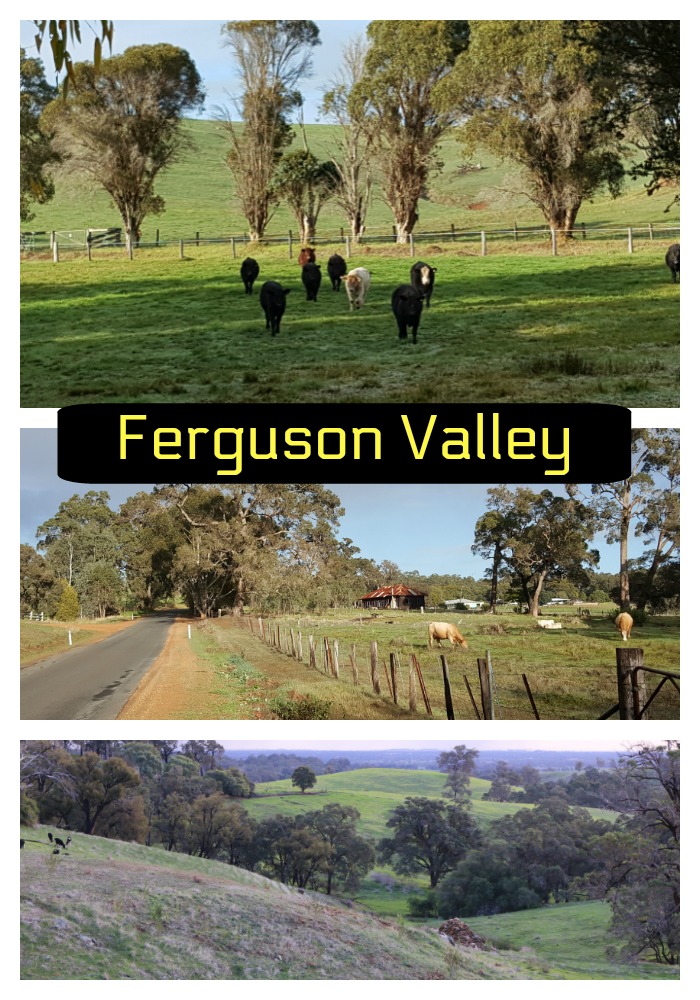 It’s about a 2 hour drive from Perth, and about 15 minutes from the City of Bunbury making it an ideal nature based getaway for a weekend  in the country.

Pack your walking boots, and your camera and just unwind – like we did.

Farmstay WA with a bushland difference

Expect all kinds of tranquil, from beautiful lake vistas to bush walking opportunities around the property, and the ever present calls and twittering of birds. Not a siren or car noise within earshot. Just you and the untouched natural environment of the forest across the lake which runs into a national park. 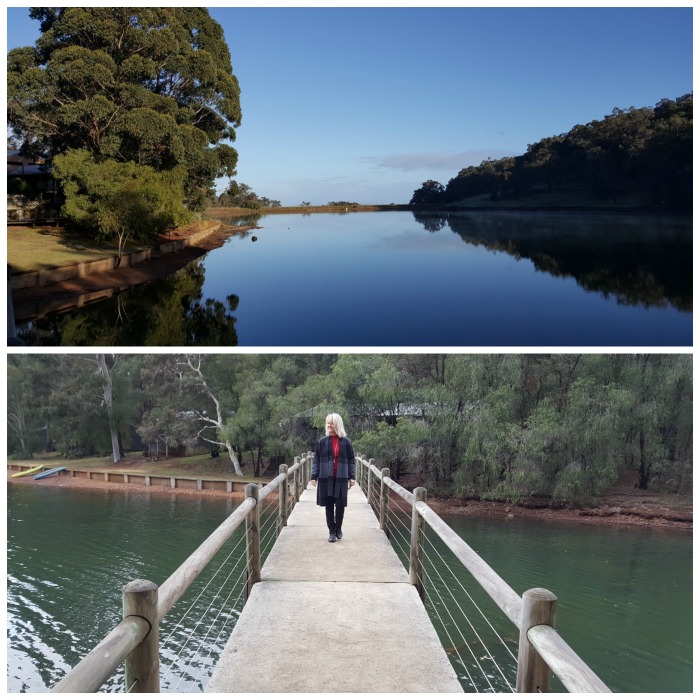 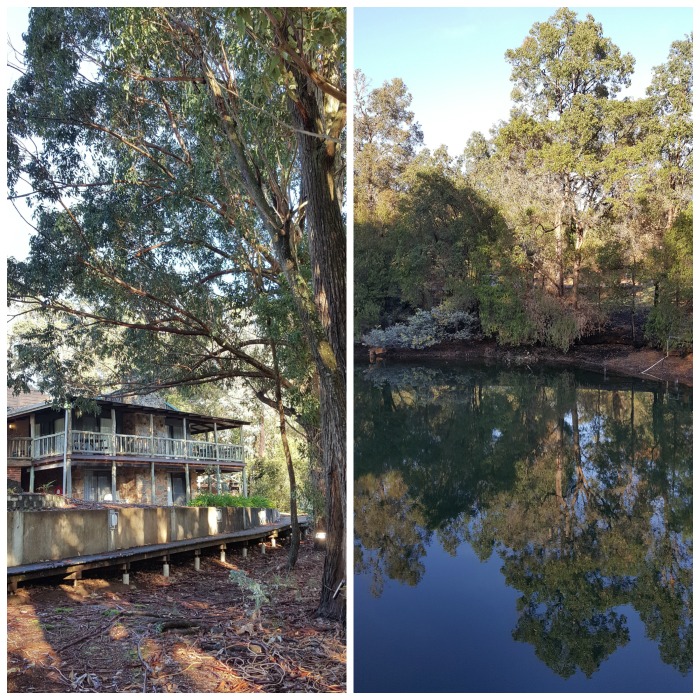 The retreat is set on 325 hectares of natural bushland and Jarrah trees next to the Lennard Forest, so there’s plenty of space to explore, or just let the kids run free.

There’s a large lake though, so you might want to keep careful watch over your kids from the verandah of your lakeside cabin, or perhaps take off with them and go canoeing. 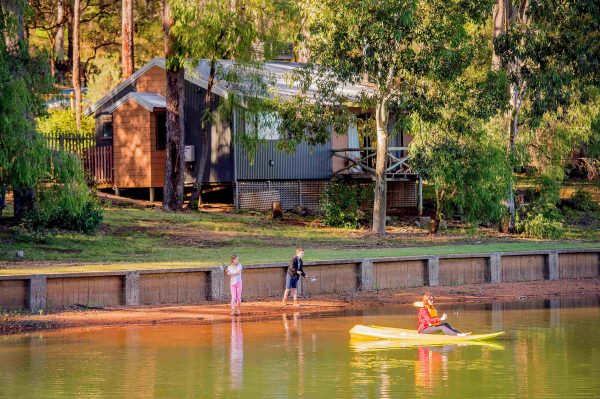 There are 6 cabins and 10 two-storey apartments as well as a licensed restaurant, conference and wedding facilities. 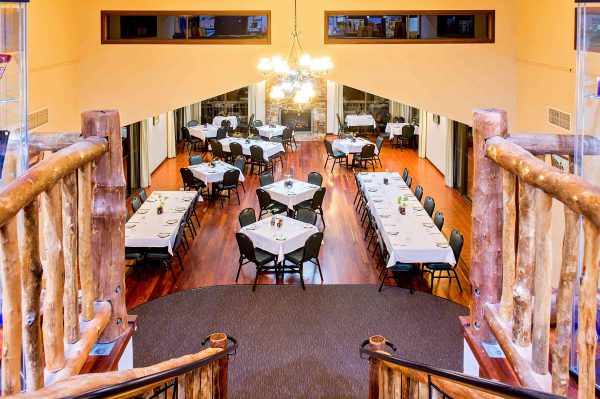 The History of Evedon Park

There’s a small village in Lincolnshire called Evedon which houses a tiny parish Church  mentioned in the Domesday Book.

In the early 20th century Tony Jenour’s grandfather Maynard was the rector of The Church in the Field for 46 years.

Today the pretty stone church is still there, and Tony’s grandfather and grandmother are both laid to rest in the graveyard.

Although Tony’s granparents died around 20 years before Tony was born, it seemed appropriate for Tony and Merilyn to name the property they bought near Burekup in 1963, Evedon Park.

At the time, Tony was a motor mechanic and Merilyn was a nurse, and the early days at Evedon were all about farming and raising their three children.

However Tony always had an inkling that he would like to combine the farm with tourism one day.

Tony and Merilyn Jenour started building Evedon Park in 1982 while they were still operating their dairy farm. In time they built 6 cabins and a house to live in.

The house later became the restaurant where you can now get a fantastic buffet on special occasions – we visited for the Christmas in July buffet which was amazing. 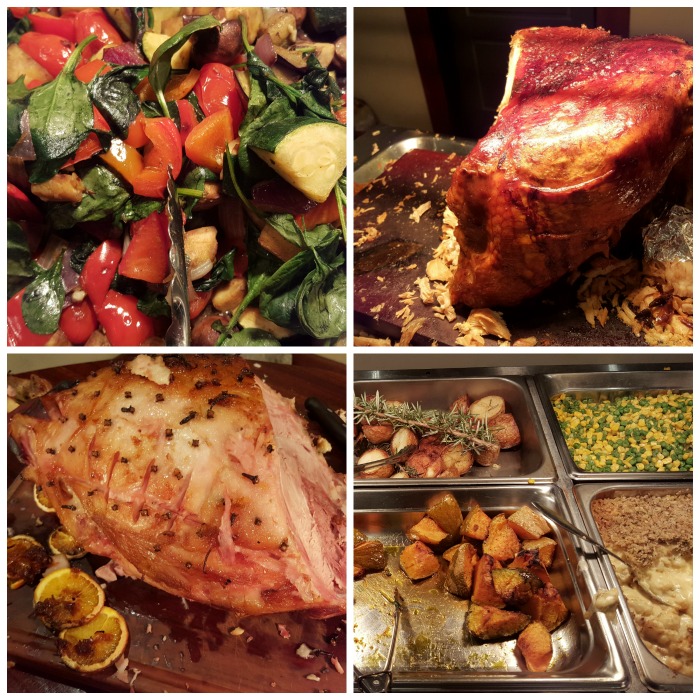 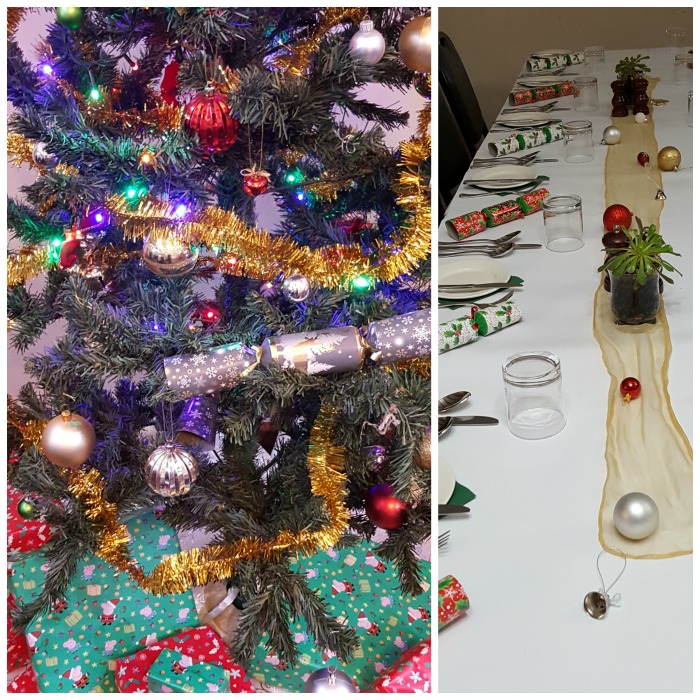 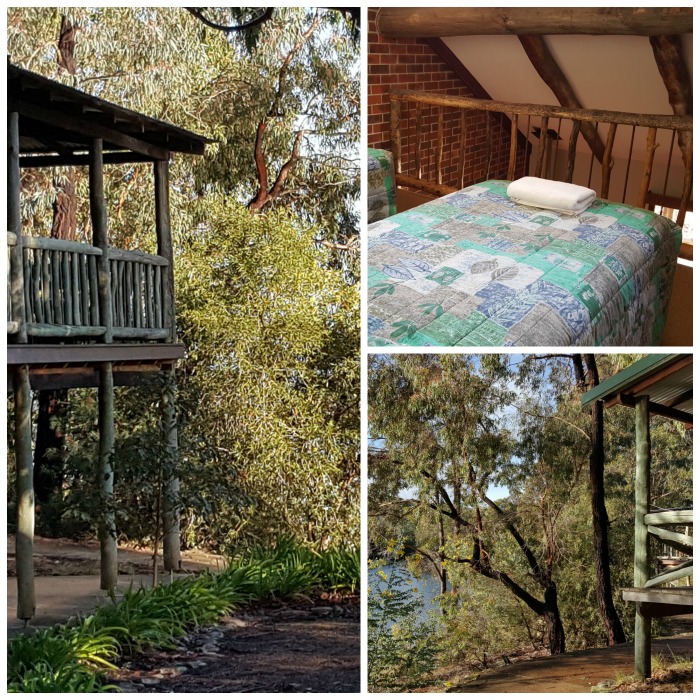 By 1986 they share-farmed the dairy and by 1993 they’d stopped milking to concentrate on Evedon Park.

The move from farming into accommodation was sparked by some research which stated that the average person was becoming disconnected from their rural roots. It was estimated that prior to WWII in Australia, nearly 100% of the West Australian population had some connection to a rural lifestyle, either through ownership or a relative.  But this percentage was estimated to have dropped to about 20% by 1980.

Tony and Merilyn saw an opportunity and diversified to start up farm stay accommodation. In 1987 through some research into the Singapore market, Evedon Park attracted a large number of Singaporeans wanting a farm stay experience.

Couples wanting a romantic weekend in a rustic setting far from the madding crowd.

Families with children wanting lots of space in a natural setting.

Those of you who like nothing better than to light the woodburner at night in winter, and settle in with cheese, biscuits, red wine and a good book.

For people looking for a beautiful but inexpensive base from which to sally forth and explore the Ferguson Valley and its attractions.

What do Tony and Merilyn most like about Evedon Park?

“It’s a laid-back lifestyle in a peaceful country setting. And it’s great for our guests because they have wineries, breweries, art galleries close by in the Ferguson Valley along with mountain biking and bush walking trails right on the doorstep,” Tony told me. 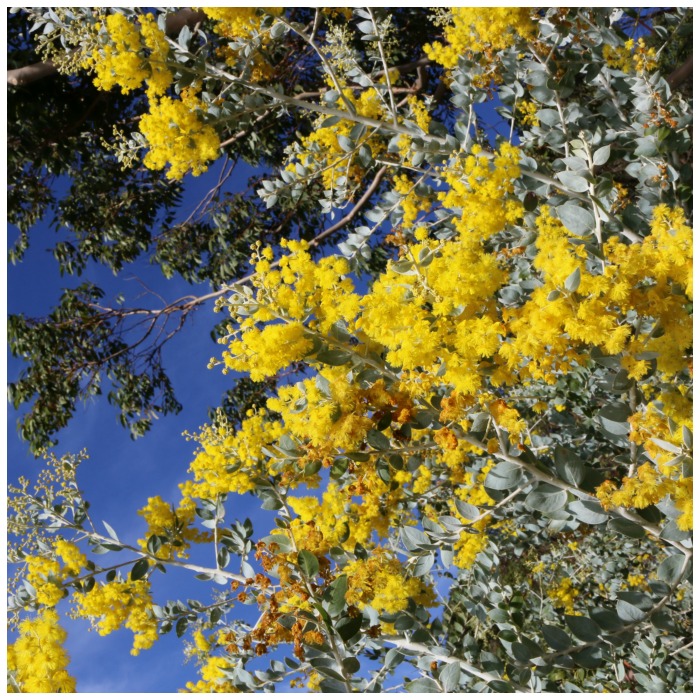 Things to do in the Ferguson Valley Western Australia

Go walking in Wellington Forest, and visit the dam.

Take the kids and big kids to Gnomesville – check out this post by Jill Harrison about Gnomesville.

Check out the Galleries and Museums.

Compare prices and get the best deal for all Ferguson Valley Accommodation and Evedon Park Here.

Tip: In the Search Box: Type in “Burekup, Australia” to find the best price for Evedon Park. Or type in Dardanup or Bunbury for other options.

For more information about Evedon visit the website at Evedon Park Bush Retreat. 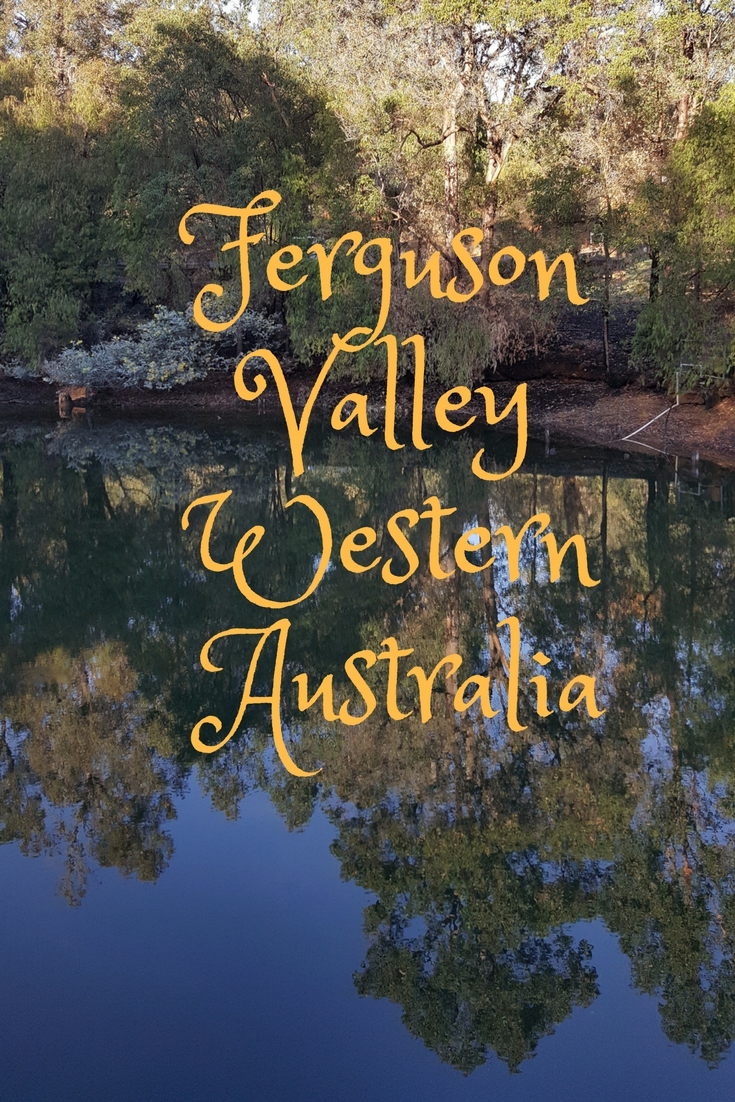 Disclaimer: There are affiliate links in this post from which I stand to earn a small commission but at no cost to you. I was hosted for a night at Evedon Park but opinions are my own. 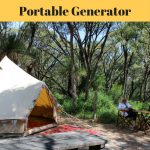 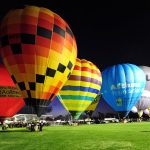