Once upon a time we lived in a tiny one-bedroom flat no bigger than a postage stamp. It was was riddled with cockroaches and situated at the back of the Malla Hotel in Kathmandu. I had just turned 31 years old. Sam, my blue-eyed first born was 5 weeks old, and he screamed – constantly.

As a severely sleep-deprived breast feeding Mum, I was worried about Dave, neurotic about Sam not drinking a drop of the dodgy water in Nepal, and probably as a result of both, quite manic.

But the travel bug that had bitten in our twenties was still strong and we went back to Nepal for a life less ordinary. We thrived, we trekked, we drank local beer and Guiness when I could get hold of it, and Sam grew strong on mother’s milk.

Shortly afterwards the monsoon season arrived and things got tough again. Struggling to cope with the complexities of living life in a remote location with a baby was getting to me.  One day, in the foothills of the Himalayas as I was facing another trek in a landrover along a precipitous mountain route in search of a few basic supplies  I made a vow.

When I turned 40, we would be settled and done with the travelling life. Roots would be firmly planted in some green and pleasant land and we would be connected to a culture, a people and most definitely, a place. At the time, I imagined a cosy cottage with a rose arbour, in Devon perhaps. Or letting my dreams run crazy wild, a country manor like Hartland Abbey.

How wrong I was. Because … just like in Robert Service’s poem, we are part of a race of people who don’t fit in and can’t stay still. We are like gypsies. We break the hearts of our nearest and dearest, roam the world and don’t know how to rest.

And while we didn’t exactly roam the world at will, we certainly didn’t know how to rest, because subsequently we lived in 14 different homes in 11 countries over a time span of 21 years.  All those interesting job offers for Dave taking us to Timbuktu and back were nearly always appealing, not only for the work, but because we were travelling the world, despite the ensuing angst and heartache they initiated not only in us but also friends and family; so maybe it was a curse of the gypsy blood after all.

It seems fitting that today in 2011 I pick up and peruse an old journal from November 1983, when I first visited Nepal as an idealistic 25 year old.

“Finishing the fourteen day Annapurna Sanctuary trek was at once an achievement, a relief and a disappointment. I’m going to miss my walking mates and the simplicity of putting one foot in front of the other, not to mention the heartbreakingly lovely scenery of the Himalayas.  I’m sitting at the Hungry Eye café in Pokhara gazing at Fish Tail Mountain reflected in the still waters of Phewa Lake.  I’m bombarded by children demanding, ‘one rupee, one pen’. An old woman of about 55 is sitting opposite me, and I strike up a conversation with her about travelling.”

My journal states: “This old lady is a traveller and freelance photographer and has many tales to tell. I think she has an unsettled soul. I’m wondering if I’ll end up the same?  I remember reading something by Joseph Conrad in which he wrote something to the effect that when you return to Europe from the East, it’s a bit like going to heaven because it doesn’t really matter what happens to people once they’re there for they are safe from adventure and hazard.  Maybe I’ll always need adventure and hazard – like that old lady.”

Prophetic thoughts indeed because  now after a life of adventure and hazard and on the brink of a life change, nearly as old as that ‘old lady’ I met in Nepal, I’m settled in Australia and facing the drop over the cliff beyond the empty nest and needing to make sense of what has happened in all those years, during all those moves, through all those moments of madness, excitement and sorrow.

How did our children survive the constant upheavals? They were home-schooled (Home and Away – the Case for Home Schooling), and also attended schools on four different continents.

What was the thread which held us four together as a family? What did I do right and what did I do wrong? What was funny or sad or inspiring? What were the bigger issues happening around the world in which we became embroiled as bystanders? Maybe I’ll discover some philosophical truths and perhaps that way I can reconcile my own mistakes and put these feelings of rootlessness and disconnection to some socially acceptable or historical use, perhaps even be of some help to  modern day expats and travellers too?

Would I have changed our peripatetic course? No not a bit, it’s been like one long adventurous holiday … with a few added complications. And of course although it’s easy to paint a picture dappled with misgivings, I know that I’ve been very fortunate to have lived the life I’ve led, and I’m grateful to my hard working husband too.

and Memoir, A Love Story

and an adventure climbing the volcano Mount Pinatubo : Adventure in the Philippines – Along the Pumice Trail

Shall I carry on? Do I have a story? Is anyone at all interested in coming along for the ride of this memoir? 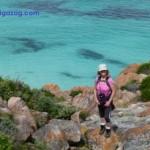 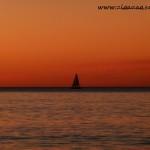