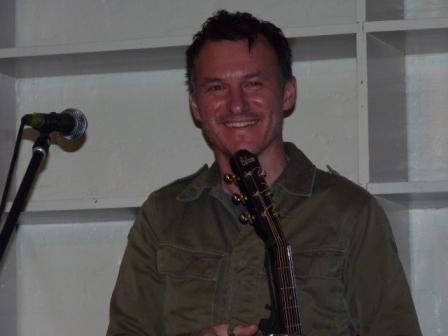 David Ross Macdonald has just flown in from Calgary. It sounds really glamorous, except he admits the temperature was a bone chilling – 42 degrees when he left.  He’s here in Bunbury at the Red Mill Store in Stirling Street, at an intimate ‘house concert’ as part of a tour to promote his latest album, ‘Thorns to Sleep’.

I’ve been told that his repertoire is likely to be haunting and inspirational, but I don’t really know what to expect. He begins with a song entitled ‘Bleeding Obvious’.

“It’s about all the things that go without saying,” he says in a companionable, matter-of-fact preamble, and I’m immediately aware that we’re in the presence of a story-teller.

The first notes dripped like honey from his 1935 Gibson guitar, which he bought in King North Carolina some years ago. As he sings I’m  reminded variously of  Nick Drake, Leonard Cohen, Sting, David Gray and Mark Knoppfler. He has an inimitable style, both complex and riveting.

“Help me out,” he encourages a little later, and we do, singing along to the hauntingly catchy, ‘Hold me till I’m Gone’.  The audience is a little edgy, embarrassed at being involved (this room is small and everyone’s visible) as we sing in hushed tones to the mesmeric chorus, and David enthuses, “That’s great! You’re in the Band,” and we all laugh.

Ross Macdonald’s songs have about them an elusive, meditative quality, like something you can’t quite catch and hold on to; sensuous almost, as the feel of soft silk sweeping across naked skin. Each one tells a story based perhaps on a line of dialogue he’s heard, or a proverb or quotation that has stuck in his head, and they are all poetic and thoughtful. 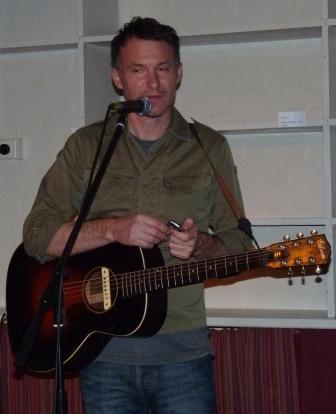 “I once over-heard someone ask: You Get My Note?” and that was enough to write a song around. My mum always used to tell me: Experience is what you get when you don’t get what you want , while another favourite of hers that also became a song was:  A poor man shames us all.”

As an internationally acclaimed touring songwriter he originally made a name for himself as a drummer with the WA band, The Waifs.  He was once a geologist but gave up the trappings of a corporate career for that of a roving troubadour and, starting as an experiment in 2008, a solo career in which he wanders the world as a sort of willow-the-wisp with a carpet bag of songs.

“People are generous,” he says commenting on the fact that he’s never without a place to stay or a home to house-sit.  “All we hear about on the news is generally bad news and global disasters,” but getting down to basics, he says, “There’s a lot less to be afraid of than we think, and it can be an incredibly generous universe out there.”

Playing his version of the emblematic and poignant Waltzing Matilda, which very nearly made it as a sound track onto a Hollywood TV series, there is hardly a dry eye in the room. We are hooked, line and sinker by his inspirational guitar picking and the haunting melody.

With a feast of funny and heart warming stories, thought provoking lyrics and beautiful guitar work you come to understand that David Ross Macdonald has a Midas touch and a sound that sweeps you  gently off your feet.

Anyway, as a footnote,  I wasn’t  wearing a ‘Famous  blue raincoat’ as in the Leonard Cohen song, but I was wearing  a  ‘fluorescent pink hoodie’.  I wonder if he’ll maybe be able to write a song around that?

Listen to some of David’s music in the ‘Share’ icon on the right hand Sidebar of the Zigazag ‘Home’ Page. 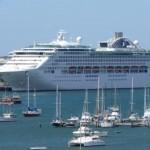 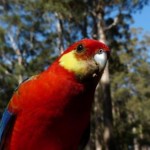 10 things to do in Pemberton