Is it a dream? Is it an illusion or is it a fantasy world I’ve just stepped into?

This was the question I asked as I ventured inside the massive blue and yellow Big Top of Cirque du Soleil in Langley Park, Perth on a sunny Saturday afternoon.

On stage there’s a giant egg. An “Ovo”, which is the name of the show.

The egg begins to pulsate as loud music builds to a crescendo and then there’s a burst of percussion and suddenly all the overhead lights snap out.

We are cast into an inky black netherworld where anything could happen.

For suddenly out of darkness we are magically transported into fluorescence as the stage is re-lit to reveal another world.

A world of grasshoppers, fleas, ants, spiders, scarabs, and a band of cockroaches, who as it happens play excellent music, and the lead singer’s voice is haunting. Who knew that cockroaches could sing so well? It’s certainly no cacophony of cockroaches.

The show rushes headlong in a riot of energy and movement through a colourful eco-system teeming with insects that work, crawl, play, fight, eat and fall in love.

The whole event is unique and I can’t decide if it’s really a circus or a show. In a way it’s all that and more with ethereal music, fabulous circus acts, contortionists and the most amazing trapeze artists. There’s even a comedy aspect to the story that fits in nicely with the notion of ‘circus’ and ‘clowns’ and there’s some required audience participation too.

The attention to detail is meticulous – every look, every raised eyebrow, each wink at the audience or snap of a finger is exaggerated for effect, and it’s the tiny movements that seem to convey so much meaning and convinces you that you have indeed been transported to another world.

Then there’s the attention to detail with regard to lighting, rigging and safety.

Not to mention the costumes, which are eye stopping – the grasshoppers’ outfits are designed to move just like insects – the scarabs (dung beetles) and stick insects look quite scary and I’m sure many young children cling to Mum or Dad when they appear.

Cirque du Soleil made me think though.

1. As I watched the talented artists I thought about how truly amazing our bodies are, and what incredible things they are capable of doing. Ok, so we’re not all gymnasts, but our bodies really are intricate machines, that should be taken  good care of.

I promised myself that from today onwards I would take better care of my own ‘incredible machine’ and perhaps work on more exercise and  being a little more supple too.

2. I thought lots about the dedication required to achieve perfection, and how really nothing amazing can ever happen without immense focus on the task (or job, or career) in hand.

How many of us really show dedication in our work and lives?

3. The show also made me think about how important teamwork is. Everyone in the show was an integral part of the supporting cast. When they weren’t engaged in their own acts they were in the background or in the audience, and the circus crew – the riggers, the technicians and the lighting guys are integral to the success of each show.

Do you support a team? How do you make sure that each team member feels valued, and is as a result committed to their part of the whole? I think our families are also like our personal teams – do we build them up enough to feel an integral part of the system, or do we neglect them? 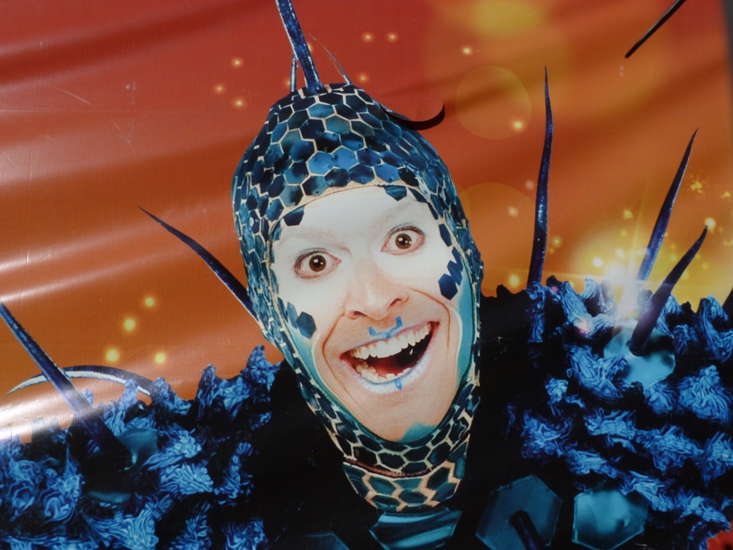 4. I wondered about the history of Cirque du Soleil from its small beginnings of a group of 20 street performers in Quebec, Canada in 1984, the dream of a man called, Guy Laliberte. And how now as a result of his determination, his dream has given rise to thousands of new dreams because there are today about 19 shows consecutively touring the world at any given time with approximately 5,000 employees including 1,300 performing artists from 50 different countries.

Since 1984 shows have been performed in more than 300 cities in over forty countries on six continents to more than 100 million spectators.

Yes, it’s important for us all to have dreams and keep on pursuing them.

There’s a cast of 54 performing artists from 16 countries in the show “Ovo”, and there are some spectacular acrobatic acts. The highlight for me was the Flying Act where the scarab beetles hurtle into each other’s arms high above the stage, and also the finale where 20 artists tumble and leap from hidden trampolines and then scale a 24-foot vertical wall.

I didn’t want the dream to conclude. But all good things must come to an end, and slowly we blinked awake, rubbed our eyes, and walked out into a cool autumn evening.

Then it was off to Café Italia in Hay Street for a Mother’s Day dinner and a nice glass of wine!

Do you like circuses? Have you ever been to one – what’s been your favourite memory? 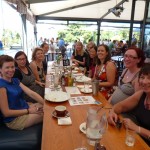 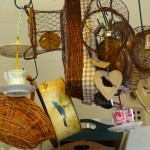