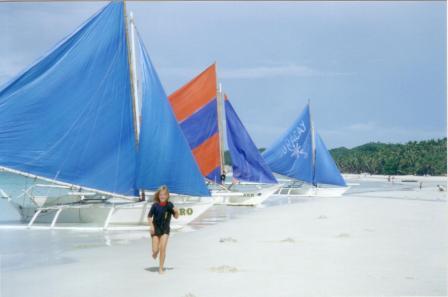 We were lucky to spend nearly 4 years in The Philippines. Christmas was a very special time. Here’s what to expect.

Dawn. 16 December. The first cockerels begin to crow. Their cackle is swiftly followed by the rejoicing peel of church bells ringing in the official start to the Philippine Christmas.

All over the country, in the provinces, on the islands, and in the cities, people will rise well before sun-up to throng to churches to celebrate Misa de Gallo (Mass of the rooster). This sees the start of nine days of prayer.

After the religious masses, held at about 4am, candle-lit food carts are trundled into churchyards and surrounding streets. The air is filled with excited chatter as people sip salabat (ginger tea) to ward off the cooler morning air and buy bibingka (rice cake with coconut, cheese and salted egg), or puto bumbong (glutinous violet rice in bamboo tubes) to eat.

Brass bands add to the revelry, along with fireworks and colourful serenaders playing Spanish guitars.

But pasko (from the Spanish, Pascua de Navidad, meaning Christmas) begins much earlier than 16 December. This sacred and enjoyable national fiesta, probably one of the longest and merriest in the world, starts in mid-September when shopping malls begin to display decorations and play Christmas carols.

As the season continues, palm branches may be decorated with bamboo carvings or shells and api-api, soft trees with bendable branches, are often sprayed silver, gold, white or green.

Although Christmas festivities can be stretched out until as late as March, the season formally ends on 6 January, Three Kings’ Day.

From September onwards Filipinos from the provinces make long trips to Manila on public transport to buy one or two gifts at a time, and the notorious traffic jams begin. Gift-giving is often simple: food or small presents from the city department stores are favoured. Generally, the tradition of sharing is more important than the size of the gift.

There is no snow, few pine trees, and Santa Claus has no chimneys to descend. But in the Philippines there are other unique traditions such as the parol. Parols, or star lanterns are one of the most distinctive Philippine Christmas symbols, and represent the Star of Bethlehem. From about November millions of kaleidoscopic lanterns will sparkle from houses, shrubs, doors, hotels, shops and skyscrapers. Some are gigantic – 40 feet or so in diameter – and even the most humble dwellings will display a home-made parol.

The parol can easily be made from a bamboo frame over which Japanese paper, brightly coloured rice paper or capiz shell is glued with starch. In days gone by they would guide the devout to church, but today bulbs have largely replaced candles, and designs are more elaborate.

On 23 December each year the lantern festival, a huge, glittering festival of light, takes place in the parol capital of San Fernando.

If the parol is the light of Christmas, another Hispanic influence is the belen (Spanish for Bethlehem) a tableau that depicts the Nativity scene. It is a particularly important religious icon and can be spotted everywhere, even in taxis or buses. 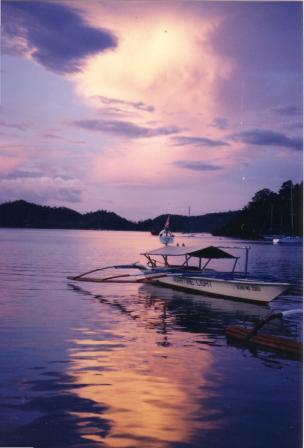 Pasko is important for many reasons, but most importantly because it brings Philippine families back together when so many members work abroad or drift away from their homes.

The Balikbayan or overseas workers who account for a large portion of the GDP (Gross Domestic Product) return from all over the world to be reunited with their loved ones. Family ties are vitally important to Filipinos and Christmas s a time of not only reaffirming faith, but also family relationships.

The panunuluyan street theatre takes place on Christmas Eve. At about 9pm live players or statues of Joseph and Mary are wheeled from church on a cart dragged by carabao (oxen). The procession winds through the streets, stopping at various homes representing inns, and vocalists sing a request for lodgings, but are told that the inns are full. Finally, the holy couple are taken to church for the Nativity and midnight mass.

Christmas truly arrives with the midnight Misa de Aguinaldo (gift mass) on Christmas Eve, after which families return to their homes for Noche Buena (good night feast). Food will be eaten and gifts given. It is not a night for sleeping.

Food is a focal point of every Filipino fiesta and Christmas is extra special. For Noche Buena tables are laden with Christmas delicacies. With over 7,000 Philippine islands, and many different provinces, Noche Buena may consist of various regional culinary delicacies. In some areas there will be ham, chicken, chestnuts, fruit cakes, fresh fruit and perhaps cheese; in others lechon (roast suckling pig), or rice delicacies. Prawns and crab are also popular, but even in the poorest homes, panciy (noodles) or lugaw (rice porridge) will be prepared.

For many Filipinos Christmas is a time or rebirth and renewal. Houses must be cleaned, old items replaced and new clothes purchased. It is a time for visiting friends and relatives. It is another reason to celebrate life in a county that places emphasis on jubilation.

This article (text) by Johanna Castro first appeared in, and is reproduced courtesy of,  The Lady Magazine, www.thelady.co.uk. 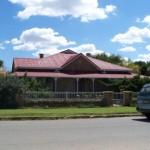 Moving on – without the dogs 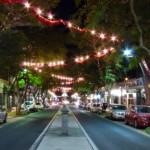 What can I buy for the person who has everything?