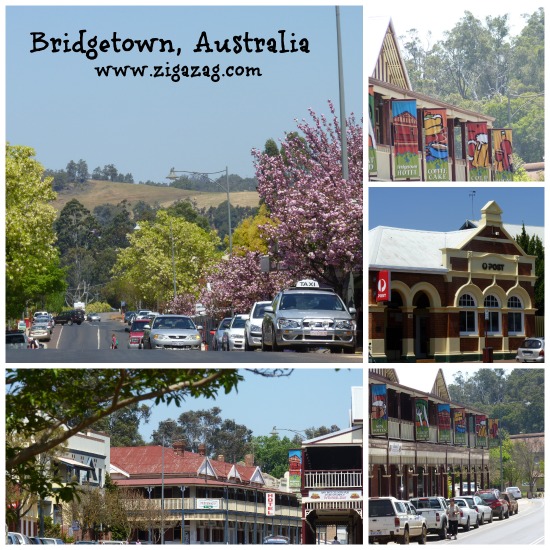 We love November because it’s nearly summertime, the weather settles and it’s time for the annual Bridgetown Blues Festival in South West Australia. Bands from all over Australia and New Zealand descend on this small country town for a fabulous jamboree, along with one or two name acts each year from the United States.

And the normally sleepy little town comes to life with market stalls and music.

As the festival is over two days, we decided to camp at farm outside town for the night, rather than in one of the designated camping areas in Bridgetown itself which last year proved a disaster due to a noisy, drunken crowd right next to us who appeared to be trying to kill each other.

So this time we booked a campsite at Maranup Ford, about 10kms from Bridgetown, on the Maranup Ford Road that leads from  Greenbushes. 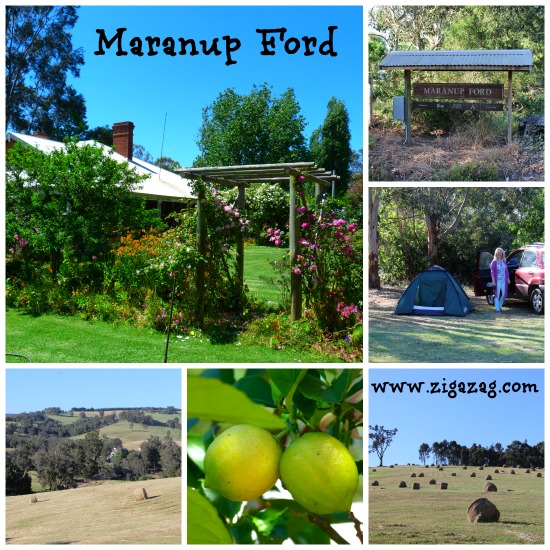 “The countryside sure is looking  pretty,” I said to Dave as the early morning light shafted in from the east picking up the green hues of the surrounding undulating hills and the golden bales of hay in the fields.

“We’ll stop at Greenbushes, on the return journey,” Dave said which seemed a good idea, “And we’ll have breakfast at the café there, I’ve heard the food’s great.” (To read the post about Greenbushes, please pop back next week).

But first we had camp to set up and we pulled in to Maranup Ford camp site situated on the Blackwood River, along a driveway through trees and a grassy paddock where we were met by Melva Brown, who showed us to a shady spot not too far from the ablution block, in a green, green part of this working farm.

“How lovely to have lots of trees,” I said.

“Well, they’re actually not all that old, because a fire swept through and destroyed everything here 8 years ago,” Melva replied, and it brought back to me the impact bushfires can have on this beautiful area of the Blackwood River Valley, and as idyllic as it seems, you have to be fully responsible for your property during fire season.” 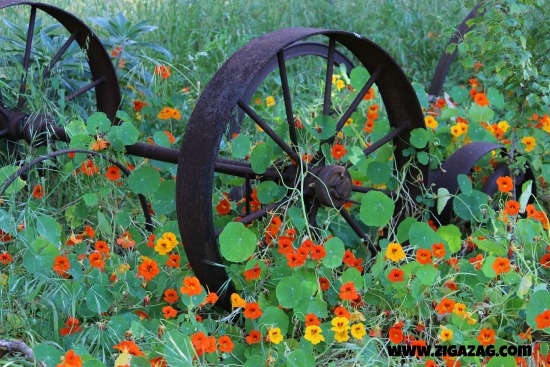 I looked around, and it hardly seemed possible. The camp site so verdant on this early November summer’s day, and when we walked to the farm house’s garden, the fecundity was an absolute joy – it looked like an English cottage garden with a huge rose arbour entrance, hollyhocks and lots of roses that smelt divine.

Having set up camp we piled back into the car with our friends and drove to Bridgetown along road that later that night would seem as remote as remote could be, and as black as Hades.

One of my friends who lives in Bridgetown once remarked to me that some visitors from the UK were a little anxious about driving along roads so remote that you are unlikely to see another car at night, and whre in the day the skies do not have a single plume of smoke from an aircraft, and where if you wake up at night, the silence is unignorable.

21st Anniversary of Blues in Bridgetown

Once in Bridgetown it was a different matter because the Blues festival attracts about 16,000 people over the course of its three days, and parking was at a premium, so we parked under a tree right by the railway line and walked into the historic town, as blues and roots music blared out from various locations.

The 21st Blues Festival passed quickly in a miasma of music, in pubs and bars, the town hall, the Cidery, outside venues and tented arenas for the star acts. I enjoyed Dreamboogie a modern Blues band from Melbourne and Russell Morris who was a pop star in the late  ’60’s, and the star act this year was the talented Ash Grunwald. 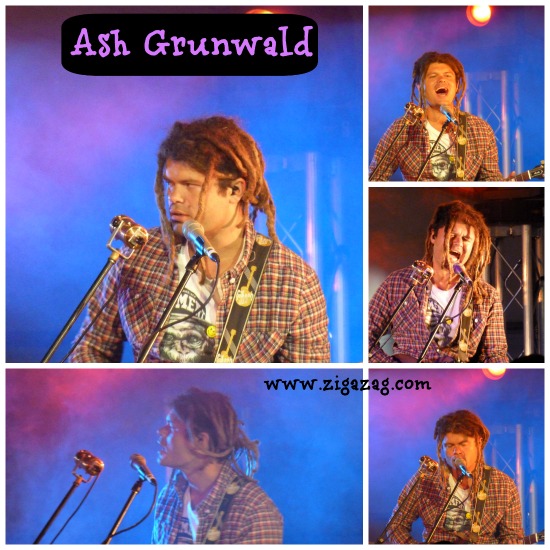 We feasted on fast food, although we could have lunched or dined in one of the town’s restaurants, we ate ice creams (it was so hot), and yes we drank a few beers throughout the day and were introduced to a few new ‘favourite’ bands.

What struck me about the festival was that although there were old and young folks there, I particularly loved watching the grooving grannies who got up at the front of the Blue Owls Nest stage, and danced as if it was the last thing in life they were likely to do – some had hair dyed pink and blue, others had tattoos and some wore hippy clothes – it was a revelation, and something I think I’ll have to write about on my blog Lifestyle Fifty  that’s for  fun, feisty, funky women … just like them!

For stories, festivals and travel journals from around the world, why not also have a look at Travel Photo Thursday.

Do you like the Blues? Favourite band perhaps? Do tell in the comments 🙂 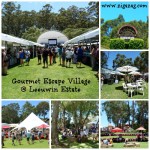 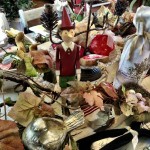