I mention Bastille Day not because I’m French, but because it gives me cause to remember the last Bastille Day celebrations I attended – in lovely Franschhoek, South Africa. There was snow on the Drakenstein mountains, the air was crisp and the sky was a duck egg blue.

Bastille day commemorates the storming of the Bastille on July 14th, 1789 by the Parisian revolutionaries who were revolting against the Monarchy.

This revolt led to the French Revolution.Today it’s a major French National Holiday and the celebrations in Paris start at 9am on the Champs Elysees, near Etoiles and continue until noon. If you want to see the fireworks that will be launched from the Trocadero near the Eiffel tower, then pop over to Bastille Day for a link to the fireworks online.

Franschhoek, Dutch for ‘French Corner’ has links to France because of the Huguenots. In 1687 a group of Huguenots set sail from France as part of the first large scale emigration that took place during 1688 and 1689. Many settlers were given farms in the Franschhoek valley which was originally known as Olifantshoek (Elephant’s Corner) because of the vast herds of elephants that roamed the area.

Today that seems incomprehensible, as now it’s full of lush wineries with fabulous restaurants and cellar doors offering wine tasting. Many of the original settlers named their new farms after the areas in France from which they originated. Provence, Chamonix, La Motte, Cabriere and La Dauphine were some of the first established farms and many still retain the original homesteads today.

Franschhoek is worth visiting on any day for its history, its wine farms, craft shops, galleries, and most of all its colours. But you can be sure that Bastille Day will be particularly vibrant.

This post is part of a travel link-up at Budget Travelers Sandbox.

Which National Holidays, and where do you celebrate? 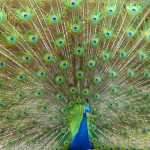 Travel Photography. Capture the Colour Around The World. 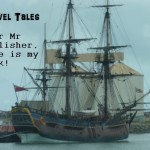 What are the Chances of Getting a Book Published? Travel Writers Take Note.