WA has it all. Forests, beaches, vineyards, outback and outstanding food. But when you’ve had your fill of wandering you might like to attend an event or two.

If you’re considering visiting WA during you Australian holiday why not get the flavour of ‘local’ and attend one of the annual events such as the Gourmet Escape in Margaret River in November?

And if you’re a local, then shame on  you if you don’t attend some of these wonderful events 😉

So grab a pen and plug some of these essential dates into your diaries.

Perth International
October 23 – 26, Perth
The Perth International is the only event in Australia to partner with the European Tour and PGA Tour of Australasia, and with a prize purse of US$2,000,000, it is the richest annual golf tournament in Australia. Providing one of Australia’s hilliest championship courses, Lake Karrinyup is surrounded by magnificent eucalyptus trees and kangaroos that freely roam the fairways – the perfect setting for hosting the successful Perth International golf tournament. Jason Dufner will return to the Perth International in 2014, along with world number 23 Victor Dubuisson and the recently announced former US Open Champion Geoff Ogilvy. Tickets are now on sale with prices starting from $22 to attend on the first day of the tournament (Half Price Thursday). Entry is free for children under 16 who are accompanied by a paying adult. Tickets are available from ticketmaster.com.au.
perthinternational.com

Annual event. Last weekend in October. Artists from Shire of Mundaring open their studios to share their work and environment with visitors. Rare opportunity to experience the lives of professional artist and gain insight into their work and methods.

Some the artist’s work can be seen and purchased at the Mundaring Arts Centre, which is located in the old post office building in the centre of Mundaring, 7190 Great Eastern Highway.  www.mundaringartscentre.com.au October is a great time to visit the Hills as the wildflowers are in full bloom and the weather’s usually fine. Schedule a visit to the artist studios of Mundaring in your diary now. The artists would love to meet you and share their work with you.  Shire web site or the Mundaring Visitor Centre
Bunbury Regional Art Galleries

The South West Printmakers: a group of artists with a passion for printmaking.

This exhibition showcases new work created by these artists. The group was formed with a philosophy based on the sharing of prints and education.Each year, in addition to a major exhibition piece, TSWP undertake the print-share and the resulting prints are shared amongst the group members. The theme of this year’s print-share is Glimpse.

Anzac Centenary Commemoration
October 30– November 2, Albany
The international spotlight will be on Albany in WA’s South West in November 2014 when the historic and picturesque coastal city hosts the first in a series of commemorative and community events as the curtain raiser to the Anzac Centenary period. Featuring the Australian Defence Force, the official event program will include the Royal Australian Navy ceremonial sunset commemorative service, symbolic departure of naval ships, troop march and a ship open day.

A free public concert will feature the West Australian Symphony Orchestra with high-profile special guests, The Waifs, Dan Sultan and Katie Noonan. The Stirling Terrace Mess Hall will feed the masses with pop-up restaurants and Great Southern produce. The National Anzac Centre will also be officially opened as part of the Anzac Albany event program. The innovative centre will allow visitors to follow personal stories of the young men and women from across Australia and New Zealand who left from Albany to fight for their countries.
anzacalbany.com.au

Act-Belong-Commit Augusta Adventure Fest
November 1 – 2, Augusta
Recognised as the world’s biggest adventure race – a multi-race, multi-adventure weekend with something for everyone, taking place amidst the rugged landscapes of the South West. rapidascent.com.au/augustaadventurefest

Blues at Bridgetown
November 7 – 9, Bridgetown
For lovers of blues music, this event features some fantastic artists as well as market stalls, buskers and entertainment for all ages.
bluesatbridgetown.com.au

By the way, I  have Four Tickets to giveaway: Pop over to the Geographe Crush Festival post on ZigaZag and why not have a go?. It’s easy and it’s free to enter. 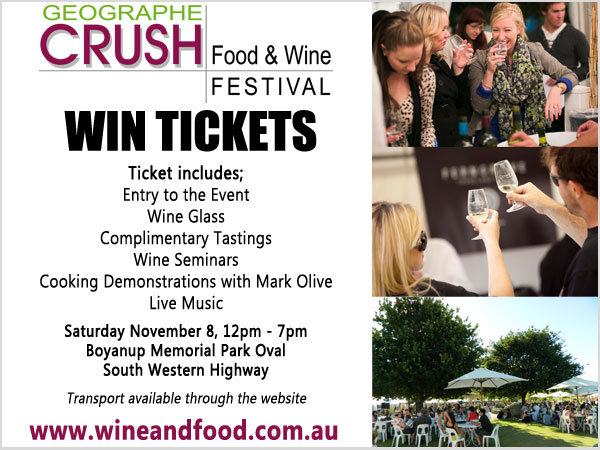 Indian Ocean Festival
November 8, Jurien Bay
A great day out for the whole family with dance and music performances, capped off with a spectacular fireworks display.
indianoceanfestival.com.au

SunSmart IRONMAN Western Australia
December 5 – 7, Busselton
Competitors undertake a challenging 3.8-km swim alongside the iconic Busselton Jetty, 180-km cycle and a 42.2-km run throughout the beautiful City of Busselton. IRONMAN Western Australia is known for being the place to go to achieve a personal best, with the cycle and run courses amongst the flattest on the global IRONMAN circuit. There are 40 qualifying slots for the 2015 IRONMAN World Championship in Kaliua-Kona, Hawaii.
ironman.com 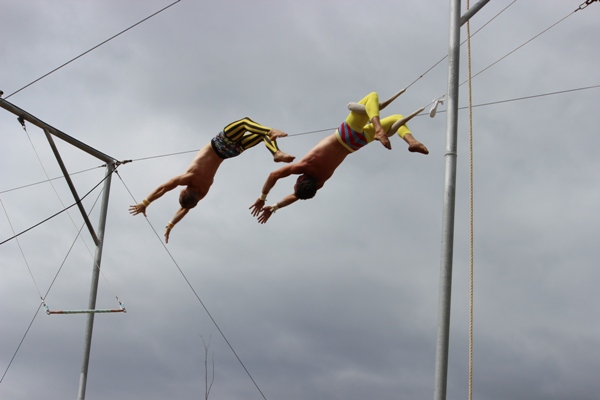 APT Showcases New Kimberley Program for 2015
APT has announced it is introducing its Freedom of Choice touring concept across all Kimberley Wilderness Adventures tours of 11-days or longer as part of its new small group 4WD program for 2015. For the first time, guests will have the opportunity to choose their sightseeing activities in Kununurra, El Questro Wilderness Park, Monkey Mia and Wyndham. Guests can choose from 19 itineraries ranging from two to 25 days in length.
W: kimberleywilderness.com.au 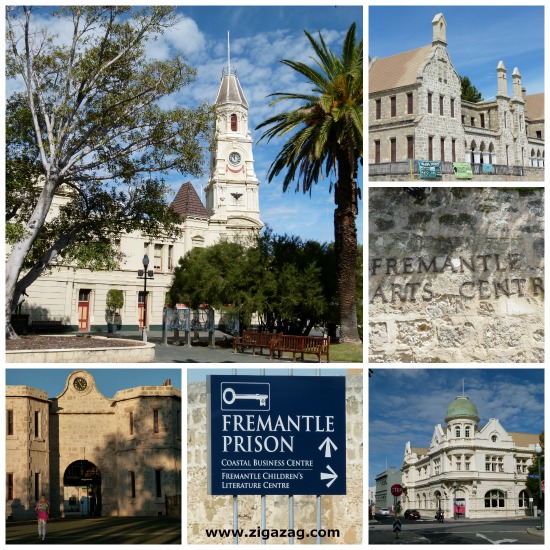 Take a historical journey through Freo by foot
Two Feet and a Heartbeat is launching a new tour experience through the historical streets of Fremantle, appropriately titled The Sailors Guide to Fremantle. The tour investigates life in Fremantle’s west end since colonisation and visits to some of the old working man’s clubs long established in the area when it was a hub of activity for maritime workers and sailors, including stops at the Roundhouse, Buffalo Club, Navy Club and Workers Social and Leisure Club. The Sailors Guide to Fremantle begins on October 25 and will be offered on Saturdays and Sundays throughout summer.
W: twofeet.com.au

Perth launches exciting new foodie walking tours
A new foodie adventure is now available to Perth locals and visitors, showcasing the best culinary experiences on offer in the city. Two enthusiastic and knowledgeable guides lead the expedition and help guests discover some of the best food and drink available in Perth. Foodie Adventures is designed to be as involved and interactive as possible, and offers an International Food Adventure, Asian Affair Roving Dinner, Private Tour and Corporate Tour.
W: foodloosetours.com.au 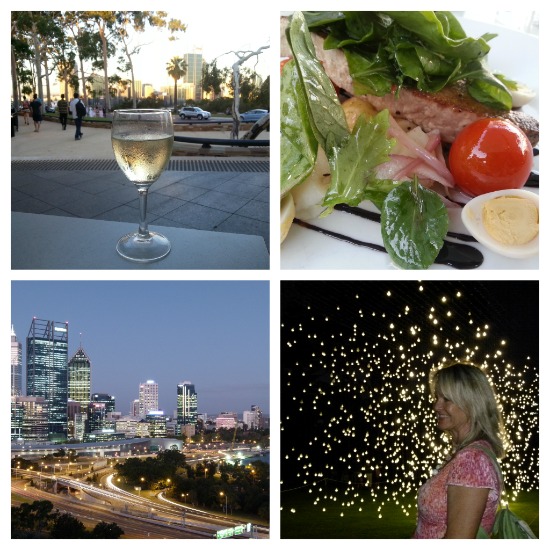 Cultural festival to light up Perth
The Swan Festival of Lights will celebrate its seven year anniversary this month, setting Perth’s foreshore alight with a multitude of colours, rhythms and flavours. Celebrating the festival of Deepavali (Diwali), which means ‘row of lights’, the Festival uses the unifying theme of ‘light’ to bring together and celebrate WA’s cultural diversity through dance, music and cuisine. The Festival will be held from Wednesday October 22 to Sunday October 26 at Langley Park, Riverside Drive, and is a smoke and alcohol-free, vegetarian, event.
W: sfol.com.au

Innovative hospitality space opens in Fremantle
A new activity centre has recently opened in Fremantle – aptly named, The Mantle. The venue is located at Fremantle’s east end and offers a place for people to come together to eat, drink, work and play. Set inside a beautiful historic warehouse, transformed with the use of innovative structures, materials and art, The Mantle houses several restaurants, a cocktail bar, an incubation kitchen, collaborative working space and arts. The venue is open Wednesday to Friday, 5:30pm to 11pm; and Saturday to Sunday, 10:30am to 11pm.
W: themantle.com.au

Go on a culinary journey with Aboriginal Gourmet Experience
Aboriginal Chef Mark Olive aka ‘The Black Olive’ and Josh Whiteland from Koomal Dreaming will combine a feast of bush flavours with contemporary international cuisine on Friday November 21, as they host Kambarang South West Aboriginal Gourmet Experience, as part of the 2014 Margaret River Gourmet Escape. Supported by Aboriginal hospitality students and Outback Academy apprentices and students, the culinary experience also includes a Noongar art exhibition and music from Gina Williams and Guy Ghouse. Proceeds from the event will go towards the Outback Academy Hospitality Program which encourages Aboriginal people to consider a career in hospitality, tourism and events.
W: gourmetescape.com.au

New distillery making its mark in Perth’s east
Whiskey lovers are rejoicing following the opening of Perth’s first urban distillery, which crafts premium whiskey made from 100 per cent local Australian ingredients. Whipper Snapper Distillery officially opened its doors in September and will be launching a new product this month, following the release of an unaged spirit called ‘Crazy Uncle’ Moonshine earlier in the year. Open seven days a week, the Distillery offers whiskey tastings daily. Visitors can book a Distillery tour, while whiskey classes are held every weekend.
W: whippersnapperdistillery.com

Hot new food safari hits Perth’s streets
A food adventure of a different sort Leederville Food Safari, takes guests on a three hour culinary journey of Leederville’s famous Oxford Street – by rickshaw! The journey begins at Ria Malay Kitchen for entrées and drinks, a rickshaw then escorts guests to Kitsch Bar Asia for the main event, and finally to Foam Coffee Bar for sweet delights of tea or coffee and dessert. W: leedervillefoodsafari.com.au

Dates announced for Ord Valley Muster 2015
Next year’s annual Argyle Diamonds Ord Valley Muster will be held from May 15 to 24, 2015, and the iconic Kimberley Moon Experience will be staged on Saturday May 23, 2015. Next year’s event will mark the 15th anniversary of the Argyle Diamonds Ord Valley Muster, which features approximately 30 spectacular events across ten exciting days in Kununurra and the stunning surrounds of the East Kimberley region. Tickets to 2014’s highlight events were snapped up quickly with many selling out months in advance. The full program of events for 2015 will be released in the coming months.
W: ordvalleymuster.com.au

Celebrate the Melbourne Cup at Aravina Estate
Champagne will be flowing at Aravina Estate on November 4 with the venue hosting an exclusive Melbourne Cup function. Guests on the day will enjoy complimentary bubbles, selected wines and canapés and tapas from executive chef, Tony Howell. Entertainment will get the crowd going with local DJ Simple Arc bringing the beats from 12pm to 4pm. Gannaways Charters are providing bus transfers to ensure guests have a safe journey to and from the event, with return transfers from Busselton, Dunsborough, Cowaramup and Margaret River. Don’t forget to put your best dress on with prizes to be won in a highly anticipated ‘Fashions on the Field’ competition.
W: aravinaestate.com

Fremantle Festival back for another year
Now in its 109th year, the 2014 Fremantle Festival schedule is filled with special events bursting with verve and colour. Each year the community brings the Festival to fruition by contributing to the program with over 100 different cultural events that run alongside annual festival events. This year’s line-up features a Diwali Street Dance Party, South Fremantle Parmelia Park Pizza Fiesta, a variety of photography and art displays, special performance by blues icon, Joe Louis Walker and a concert at Samson Park featuring vocalist and songwriter Shameem. Fremantle Festival will run from October 26 to November 9.
W: fremantlestory.com.au

Augusts and Margaret River Tourism have a fabulous Events page on their website.

“Whether you like adventure sports, surfing, wine and food, art, culture and festivals there’s guaranteed to be something on the Margaret River events calendar to suit you.  Experience everything from Farmers Markets, sunset movies in a vineyard and quirky community celebrations through to internationally recognised concerts, festivals and sporting events.”

So why not pop over and see what’s on in the Augusta and Margaret River Region too? Just click the link for the Events Calendar.

What would you like to go see, do or experience in Western Australia? Do tell us in the comments 🙂 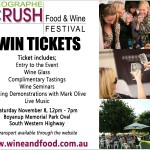 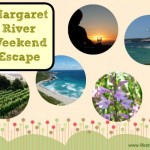 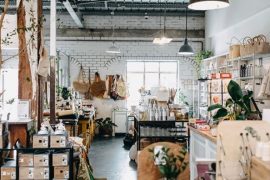