Look out! Look Up! If you’re walking on the Leschenault Inlet foreshore near the rowing club because a brand new piece of public art has been erected near the old railway marshalling and loco repair yards. You can’t miss it – this enormous metal sculpture is no lightweight. It weighs in at a hefty three tons and measures five metres by three, quite some baby to relocate from the artists’ studio in Australind to its site with a view of the inlet.

Take a closer look and you’ll realise that the theme relates to railways. Check out the interesting details; scraps of old signs, railway sleepers, a heart, tracks and part of a wheel –  carefully crafted into  artwork which acknowledges and celebrates the contribution that the railways made towards the development of Bunbury.

Entitled, “Circus Train – Slow Down!” it’s the result of years of labour, dating back to 2004 when a community-based art project called ‘Bridging the Gap’ was initiated between the City of Bunbury, and DADAA an arts and disability organisation.

Retired railway workers, who were seeking recognition for the importance the railways played in the development of Bunbury, and DADAA, who wanted increased awareness for people with disability in Bunbury, came together under the leadership of local artists Alex and Nicole Mickle. A series of art workshops were held at Bunbury’s Stirling Street Arts Centre and three models were developed as three ideas for a future, large scale sculpture.  The Bunbury public voted for their favourite model, and this was then forged into a full-size piece of public art by the Mickles in their Australind studio.

Lauded by Bunbury Mayor, David Smith as a lasting reminder of the importance of Bunbury’s railway heritage, it’s also seen as evidence of understanding and inclusion.

If you’re walking along the foreshore, near the Bunbury Rowing Club, watch out for this awesome sculpture. Look closely at the interesting details and enjoy a reminder of Bunbury’s railway heritage and it’s thriving,inclusive, modern-day arts and crafts community. 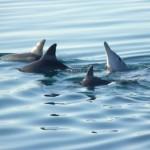 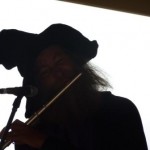