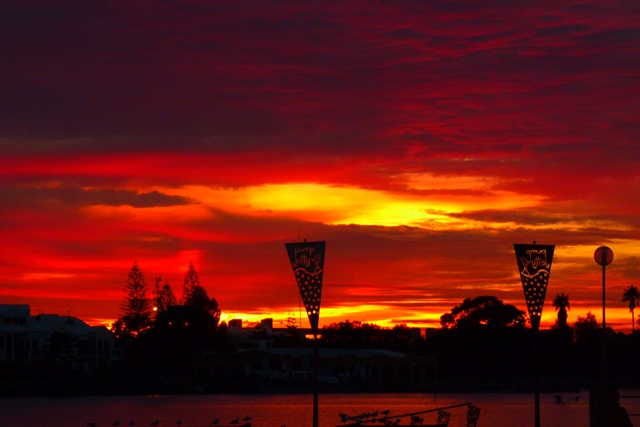 We stand shoulder to shoulder in the darkness of early morning. The sun begins to rise over the inlet heralding a blood red dawn. My heart is thumping and I hold back the tears.

The large crowd stands motionless in front of Bunbury’s war memorial, you could almost hear a feather drop before  a solitary gun shot shatters the silence, and the last post is played.

“They went with songs to the battle, they were young. Straight of limb, true of eyes, steady and aglow.”

Tears are shed and the common memory is shared ; of war and soldiers, fathers and grandfathers, the lost and the fallen and those still fighting in wars around the world.  I think of my own Grandfather and the part he played in the same war in a different country, a war that would change him forever too. Silent prayers are said and people close their eyes in remembrance. A feeling of solemnity hangs heavy in the cold morning air. 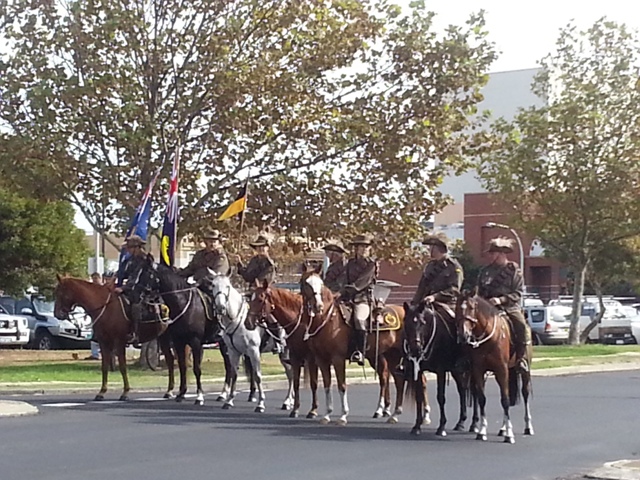 “They shall grow not old, as we that are left  grow old:

Age shall not weary them, nor the years condemn.

At the going down of the sun and in the morning we will remember them.”

Why is Anzac day special to Australians?

Anzac Day commemorates the anniversary of the first major military action fought by Australian and New Zealand forces during the First World War. It was a battle that saw massive loss of life, particularly young life.

“When war broke out in 1914, Australia had been a federal commonwealth for only 13 years. The new national government was eager to establish its reputation among the nations of the world. In 1915 Australian and New Zealand soldiers formed part of the allied expedition that set out to capture the Gallipoli peninsula in order to open the Dardanelles to the allied navies. The ultimate objective was to capture Constantinople (now Istanbul in Turkey), the capital of the Ottoman Empire, an ally of Germany.” Australian War Memorial

I’m linking today with Travel Photo Thursday. Pop over for some awesome travel photos and stories.

Did you commemorate Anzac Day – where in Australia, or the world were you? 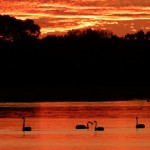 The real truth about dining out in South West Australia 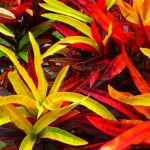 Niche Blogs or Blogs for all Seasons and Reasons?